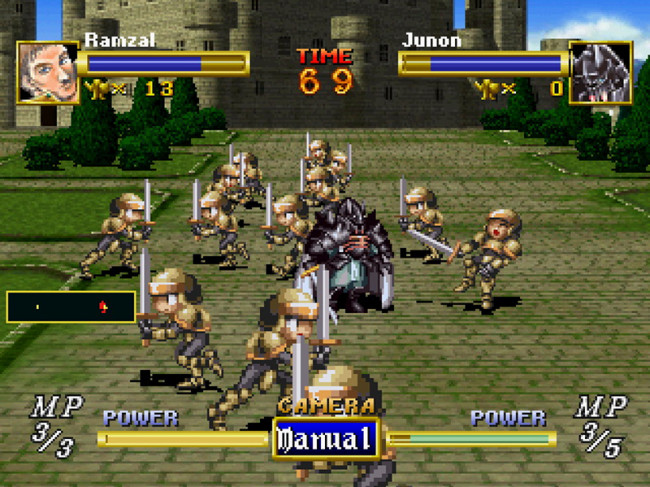 One of my favorite things to do, whether in writing these reviews or running my store in Mayfield, is shedding light on some hidden gems and, today, we’re going to do just that.

In the short lifespan of the Sega Saturn, there are a ton of games that slipped under the radar, but not all are worthy of the attention they didn’t get. In this week’s Turn to Channel 3, let’s gather our armies and head to the battlefields of “Dragon Force!”

As a real-time strategy and tactics game, “Dragon Force” had to live up to and surpass those that came before it, carving its own distinct niche within the genre, and a task like that starts with a soundtrack that fits – this one certainly does. With a nice mix of ethereal, intense, and elegant tracks, you immediately get the feeling that you’re playing a game that went the extra mile and knew the path it wanted to carve for itself.

When you add in the cries of war and the sounds of weapons and armor clashing as magic spells light up the screen, there’s no question that developers knew what they needed to do to establish themselves within this genre of gaming.

The early days of “Dynasty Warriors” meets “Final Fantasy Tactics” is the best way to describe the graphic style of “Dragon Force.” You don’t have over-the-top sprites, but enough detail that, when a battle commences, it looks pretty cool. The cut scenes are fairly average in appearance but do their job to tell the story behind the wars you are in the middle of.

If anything, “Dragon Force” needs more of the sprite style in battle mode and less of what you see away from that. It’s as if the rest is a dry piece of toast, and the battle mode graphics are the filet mignon you’ve been waiting for. In addition, the magic sequences are pretty awesome to watch.

For me, “Dragon Force” has two sides to its double-edged sword that create a stellar, yet tedious game over time, to the point where you want to skip the parts that feel more like a job just to get to the fun stuff. Each “week” within the game, you have administrative duties to attend to, like rewarding your generals by awarding them more troops or granting them items that increase their skills, persuade captive generals to join your ranks, fortify castles, and save the game. Some of this may seem fun at first but, to me, it gets boring and feels more like a job and less of a game as you progress.

That being said, going to battle is always a blast, to the point where you don’t want it to end. While balanced, I sometimes wish those administrative duties were omitted from the game, or at least not made a necessary part of the gameplay.

“Dragon Force” had a sequel, but sadly it never made to the States; thus, this is the “Dragon Force” most gamers got. Fetching a $100-$140 price tag, it is one of those elite pieces of Saturn collectibles, but I wouldn’t say it is totally worth it. “Dragon Force” stands toe-to-toe with other tactics genre titles, but it has some monotonous work that hurts the entertainment value just a bit. Still, if you’re going to war, there are worse armies to have on your side than those found in “Dragon Force!”

Well, that does it for me. Next week, we join a different kind of battle with the many Sega characters in “Fighters Megamix!”

Until then, stay cool and game on! 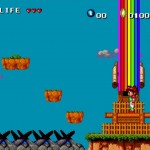 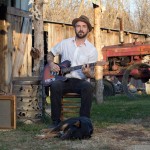 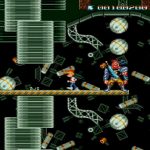