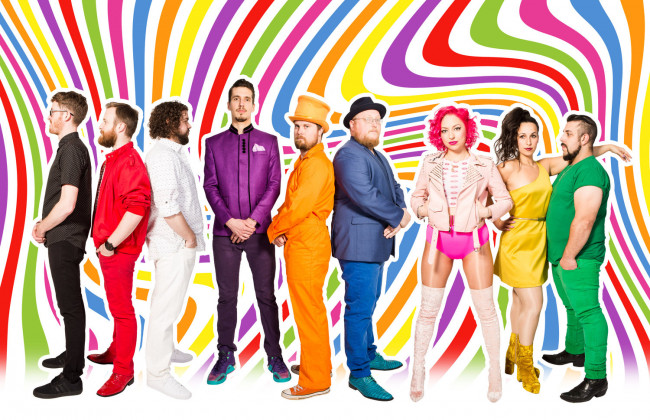 Nine-piece Brooklyn “powerfunk” outfit Turkuaz, a crowd favorite at the Peach Music Festival, Camp Bisco, and the Susquehanna Breakdown in Scranton, will bring their danceable grooves to the Sherman Theater in Stroudsburg on Friday, Jan. 26 at 9:30 p.m.

Tickets, which are $18 in advance or $20 the day of the show, are on sale now and available through the Sherman Theater box office (524 Main St., Stroudsburg), online at shermantheater.com and ticketfly.com, and all Ticketmaster outlets. VIP boxes and sky boxes are available for this show and include eight tickets (VIP box) or 12 tickets (sky box), a fruit and cheese platter, and waitstaff. To purchase box seats, call the theater at 570-420-2808.

Turkuaz’s modern take on the classic funk sound has established them as leaders in the funk revolution that’s currently taking place in the genre. Blending elements of pop, R&B, and soul with their distinct aggressive funk core, Turkuaz sounds like the musical love child of Sly & the Family Stone and Talking Heads.

With the release of their album “Digitonium,” Turkuaz’s sound is more accessible than ever and poised to break out to a more mainstream audience. With a playful feel that evokes the best of 1980s dance music, Turkuaz’s tightly arranged songs are built on thick grooves, driven by powerhouse rhythm and horn sections, as well as four distinct vocalists.

Turkuaz’s crossover appeal has never been more evident. From a recent video performance going viral and receiving over two million Facebook views to their music providing the soundtrack to New York Knicks games at Madison Square Garden to constant rotation on Sirius XM Radio, Turkuaz is, as Relix Magazine says, “on the verge.” The band has made impactful appearances at Bonnaroo, Red Rocks, Lock’n, Mountain Jam, and have been filling rooms coast to coast from Terminal 5 in New York to The Fillmore in San Francisco.

Drawing from the conventions that have ignited their existence and using that spark to forge its own sword, Turkuaz is a band that will make anyone move to their familiar beat, yet stay intrigued by an ability to explore its own complex character comprised of nine striking personalities. 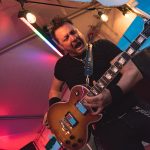