If the iconic music of Queen wasn’t enough to rock you out of your house, Philadelphia Freedom: A Tribute to Elton John will.

Led by Wilkes-Barre native Doug Delescavage, the group was recently added to Almost Queen’s outdoor concert at the Mohegan Sun Arena at Casey Plaza in Wilkes-Barre Township this Friday, July 17 at 8 p.m. The two tribute bands sold out the nearby F.M. Kirby Center in Wilkes-Barre twice when they played there together last year and will share a stage again in the arena parking lot this weekend.

Presented by Geisinger, this live in-person event will be featured as part of the venue’s “Live from the Lot” summer concert series. Tickets, which are $99.50 per vehicle (under $25 per person with four people per car), are on sale now at ticketmaster.com and the reopened NBT Bank Box Office at Mohegan Sun Arena (255 Highland Park Blvd., Wilkes-Barre) during the box office’s summer hours of operation.

For tickets purchased through Ticketmaster, only touchless mobile tickets administered through the Ticketmaster app (iOS and Android) will be valid for this event.

Philadelphia Freedom frontman Doug Delescavage is a Berklee college of music graduate and lifelong Elton John fan. Combining the outrageous costumes and stage presence with the elegance of Elton’s compositions, the band recalls the 73-year-old singer/songwriter in his prime touring years. His band includes bassist Bernie Gavlick, who nails Dee Murray’s stage presence, fashion, and bass playing, and drummer Justin Malinowski, who resembles Nigel Olsson in both looks and performance.

New fans may have discovered Elton John through his 2019 hit biographical film “Rocketman.” A musical fantasy about the fantastical human story of John’s breakthrough years, the movie premiered at the Cannes Film Festival and went on to gross $195 million worldwide against its $40 million budget. It received positive reviews from critics, who lauded Taron Egerton’s lead performance, with the costume design, musical numbers, and visual style also receiving general praise.

State guidance on social distancing, public gatherings, and certain procedures and practices is subject to change. The Mohegan Sun Arena will keep customers informed of changes as they pertain to these events at mohegansunarenapa.com. For a list of frequently asked questions as it pertains to this event, visit mohegansunarenapa.com/drivein. 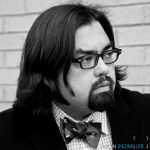