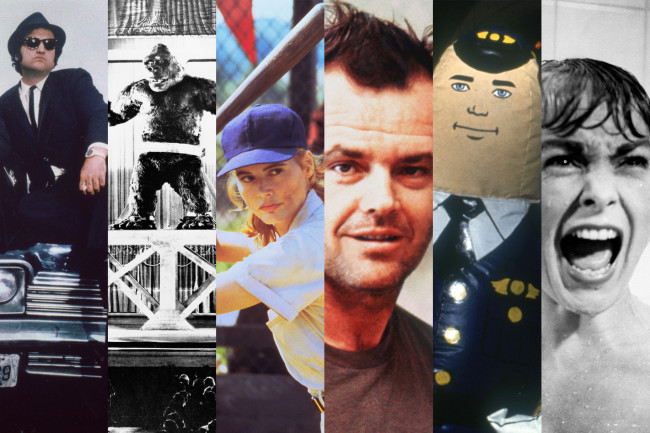 Among the highlights of this year-long series are the first national theatrical release of 1933’s “King Kong” in more than 60 years; the tear-jerking “Love Story” for Valentine’s Day; the 60th anniversary of Alfred Hitchcock’s “Psycho;” and a rare big-screen appearance of “Fiddler on the Roof.” Plus, 2020 is the 40th anniversary of “Airplane!” It all begins with “An American in Paris” on Sunday, Jan. 19 and Wednesday, Jan. 22.

“2019 was a banner year for Fathom and the TCM Big Screen Classics series, with record levels of attendees and a bigger box office than ever before,” said Fathom Events Vice President of Studio Relations Tom Lucas. “That success challenged us to search out some of the greatest films ever released, including iconic titles from over six decades, featuring world-renowned filmmakers, legendary stars, Best Picture winners, and epic productions – all meant to be seen on the big screen.”

“This is a slate of films to make every movie lover genuinely excited, and our partnership with Fathom Events means we can bring these films to a bigger audience than ever. This series celebrates the magic of the movies all throughout the country, proving that there is nothing that matches the joy of seeing these films in a movie theater,” added Genevieve McGillicuddy, vice president of enterprise and strategic partnerships at TCM.

Tickets for every film are available now at participating theater box offices or online at fathomevents.com.

Nominated for eight Academy Awards and winner of Best Picture, this musical romance is frequently heralded as one of the great works in the genre. In post-war Paris, complications arise when a love triangle develops between three friends.

One of the most romantic movies ever made remains one of the most enduringly popular. This heartfelt tale of the love of a lifetime received seven Academy Award nominations, including Best Picture, Best Actor, and Best Actress.

Resilient Celie endures decades of abuse, bigotry, and violence as she finds love – and family – amid her harsh and unforgiving surroundings. Nominated for 10 Academy Awards, including Best Picture, this film will be presented to honor national Black History Month.

“No, it wasn’t the airplanes. It was beauty killed the beast.” When King Kong is captured and taken off his tropical island for the bright lights of Manhattan, an unexpected bond is formed between the great beast and a damsel in distress.

There is absolutely, positively no crying in baseball… but cheering is definitely allowed while watching this star-studded account of a real-life, World War II-era women’s professional baseball league.

A masterpiece of off-the-wall comedy, “Airplane!” boasts an all-star cast and an uproarious plot that spoofs airplane disaster movies, religious zealots, television commercials, and romantic love. Nothing and no one is safe on this flight.

As a young orphan living in New York City during the Great Depression, Annie knows it’s a “hard-knock life.” Follow the plucky redhead’s journey in the lavishly produced 1982 musical comedy that’s based on the iconic Broadway musical.

“Joliet” Jake and Elwood Blues set out on “a mission from God” to save an orphanage from foreclosing. Getting their band back together for a benefit show turns into a hilariously chaotic ordeal set in the home of the blues, Chicago.

A ghost teams up with a psychic to uncover the truth behind his murder and protect the love of his life in this romantic mystery thriller, which was nominated for five Oscars, including Best Picture, and won Best Original Screenplay and Best Supporting Actress.

“That’ll do, pig. That’ll do.” A pig raised by sheepdogs learns to herd sheep with the aid of a friendly farmer. Nominated for seven Academy Awards, including Best Picture, this story has lessons for humans (and pigs) of all ages.

Cast: Christine Cavanaugh, Hugo Weaving, and James Cromwell
Screenplay by: George Miller and Chris Noonan, based on the novel by Dick King-Smith
Directed by: Chris Noonan

Mysterious, mystical, and magical, this towering cinematic epic follows “everyman” Roy Neary, who sees UFOs and becomes embroiled in an adventure he can hardly imagine, one in which he’ll make the “third kind” of alien encounter – contact.

Audiences can check in to the Bates Motel and discover the awful truth of Norman Bates… and his mother. Alfred Hitchcock’s thriller was unspeakably shocking when first released and remains a groundbreaking moment in movie history.

Seeking to avoid the hardships and danger of prison, rebellious criminal Randle McMurphy fakes mental illness in order to be moved to a psychiatric hospital in search of an easier stint. Unbeknownst to him, tyrannical Nurse Ratched awaits in this winner of all five major Academy Awards.

Cast: Jack Nicholson, Louise Fletcher, William Redfield, and Will Sampson
Written by: Lawrence Hauben and Bo Goldman, based on the novel by Ken Kesey
Directed by: Milos Forman

This joyous, beautiful Oscar-winning musical adaptation of the Broadway legend embraces a love of tradition and family while acknowledging the bittersweet truth of the world as seen through the eyes of Jewish milkman Tevye.

Cast: Topol, Norma Crane, Leonard Frey, and Molly Picon
Written by: Joseph Stein, based on a series of stories by Sholem Aleichem
Directed by: Norman Jewison