From a press release: Declared “the most Pennsylvania thing ever” on its flyer, the annual Middleswarth Potato Chip Eating Contest is coming back for a fifth year, leaving nothing but empty Weekender bags and millions of tiny crumbs in its wake. If you’ve ever scarfed down a bag or cardboard bucket of this local snack […] 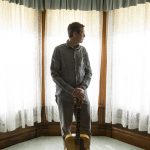