From a press release: New works by wire sculptor Sean Brady and photographer Mary Kroptavich will be on display at the Art E Fekts Gallery in Pittston in an exhibit entitled “In the Absence of Sight,” which opens with an artists’ reception on Thursday, June 13 from 6 p.m.-9 p.m. Attendees can meet the artists […]

From a press release: The AfA Gallery in downtown Scranton will continue celebrating its 30th anniversary with its annual Holiday Auction on Saturday, Nov. 17, a festive and artistic kickoff to the holiday season. Eat, drink, and bid at the primary fundraiser for Artists for Art, which allows the gallery (514 Lackawanna Ave., Scranton) to […]

From a press release: Take a geographical and historical tour down of one of the world’s most iconic highways when Misericordia University in Dallas hosts “America’s Road: The Journey of Route 66” from Saturday, June 16 through Sunday, Aug. 12 in the Pauly Friedman Art Gallery. Organized by NRG! Exhibits, “America’s Road” shares the history […]

From a press release: The annual AfA Gallery Holiday Auction to benefit the downtown Scranton gallery will be held this Saturday, Nov. 18 at 6 p.m., offering a festive and artistic kickoff to the holiday season. With a variety of artwork and experience items up for auction at the AfA Gallery (514 Lackawanna Ave., Scranton), […] 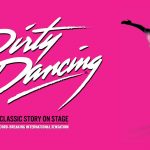