Ever since the Season 3 premiere of animated sci-fi comedy series “Rick and Morty” on Cartoon Network’s Adult Swim on April 1, a simple joke has blown up into a national craving for a limited edition dipping sauce that McDonald’s stopped making almost 20 years ago. As strange as that sounds, it got even weirder […] 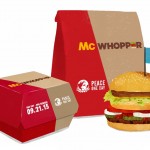