From a press release: Museum Adventure Weeks are back this summer at the Everhart Museum of Natural History, Science, and Art in Scranton. Three sessions of summer camp are planned with two unique options for young explorers, both encouraging learning, exploration, and discovery. “Adventures in the Museum” campers will have the opportunity to explore the […]

In a time where social distancing is so important, the annual holiday light display at Nay Aug Park is the perfect event for families and their loved ones looking for a safe way to celebrate the season. Scranton’s largest park will begin hosting the Christmas light spectacle a week earlier this year, starting this Friday, […]

From a press release: In addition to the concerts at Nay Aug Park, the city of Scranton is continuing to host outdoor shows at Fellows Park in West Scranton. The free afternoon concerts at Fellows Park (1000-1098 Fellows St., Scranton) are held every Sunday from 4:30 p.m.-6 p.m. They began with Von Storch on July […]

From a press release: With its Sunday afternoon concerts now underway, the city of Scranton will begin its Wednesday night concert series tonight with The Chatter. The free shows will continue at Nay Aug Park (500 Arthur Ave., Scranton) every Wednesday at 6 p.m. at the Showmobile parked next to the pool area. Seven more […]

From a press release: Starting a little later this year, the city of Scranton began hosting its weekly summer concert series with Fortunes on July 26. The free afternoon shows will continue at Nay Aug Park (500 Arthur Ave., Scranton) every Sunday at 2 p.m. at the Showmobile parked next to the pool area. Nine […]

As Black Lives Matter protests continue in Scranton, Wilkes-Barre, and around the world, the Black Scranton Project will host a Juneteenth Jubilee at Nay Aug Park “in our efforts to continue fighting against social injustice.” “This year’s Juneteenth celebration emphasizes not only the timeless themes of freedom and perseverance, but also recognizes the unprecedented times […]

The organizer of Scranton’s only all-female open mic is now organizing its only music festival featuring all women solo artists and female-led bands. On Saturday, July 28 starting at noon, the first-ever Burning Roses Jamboree will be held at Nay Aug Park in Scranton. The all-ages outdoor event is free and open to the public. […] 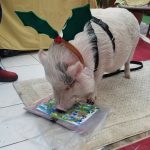 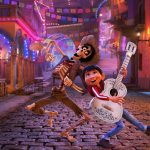