TURN TO CHANNEL 3: ‘Contra’ is an NES challenge well worth accepting 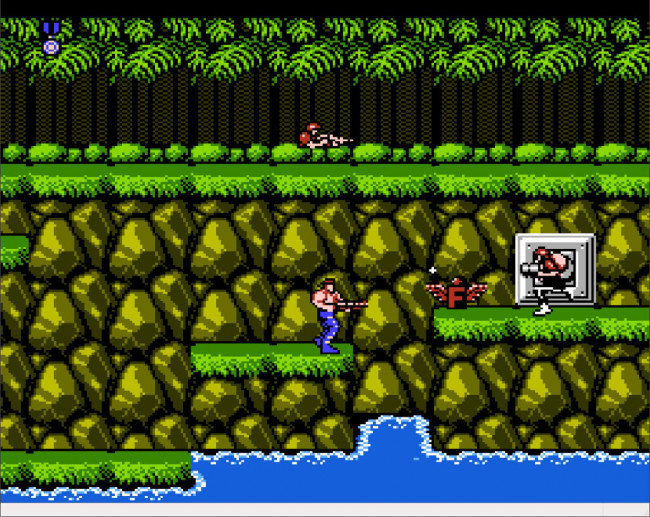 Wow! Can you believe Memorial Day has come and gone and now here we are in the month of June? Summer is officially coming this month, so I decided that Turn to Channel 3 should take a look at some games with a lot of shooting, a lot of explosions and, overall, a ton of fun! I declare June “Summer Shooters” month! Doesn’t that get your blood pumping on the name alone? No? Well, I tried anyway.

We begin the month with one of the most beloved games in the entire NES library that doesn’t have guys with names like Mario or Link in them. It’s a game so famous, nay, infamous that it doesn’t need a long flashy title, just one word to sum it all up and instantly give gamers flashbacks from some seemingly long and forgotten war they felt they were smack dab in the middle of. I am talking about “Contra,” of course.

Where were you when you first played this game? Are you still playing it today? While you contemplate those two questions, let’s journey back to the jungles, bases, and waterfalls of “Contra” to blast away some alien scum!

With everything else “Contra” has going for it, everything else it is known for, it is easy to overlook the fact it has a pretty awesome soundtrack. When people who grew up with the NES talk about great soundtracks, “Contra” is right there with those other iconic game soundtracks of the time, and rightfully so. Whether it is the title screen music that lets you know right away what game you’re playing or the first stage music that lets you know what kind of game you’re getting into, the music in the game perfectly matches the intense, adrenaline-pumping action of the gameplay.

Sure, the sound of you dying and those blasted electric fences in the base levels can get quite annoying over time, but with the soundtrack and the sounds of gunfire blasting to carry you through the game, other minor flaws are easily overlooked. If anything, I always wished Contra would have added more sounds to some of the more gruesome-looking bosses you encounter in the game, like the large alien at the top of the waterfall level but, sadly, no one got the memo at Konami.

If there are any flaws in the graphics, it would be both the repetitive nature of certain enemies in some aspects and the fact that, until much later in the game, the levels don’t seem that imaginative and engaging, just kind of bland and too straightforward in design. The weapons all look great, as do our heroes, but I truly feel this is another thing that, as you’re taking gunfire and trying to respond to it, is easily overlooked by most gamers because, in the grand scheme of things, I think as long as the awesome weapons and killer soundtrack were present, most gamers wouldn’t care too much about the level design as long as it fit in with those other two elements.

It’s no secret to anyone who has played “Contra” that it is an exceptionally difficult game, to the point where the beloved Konami Code (Hi there, 30 extra lives!) is no guarantee of ultimate victory at the end of the game. For new gamers to “Contra,” the idea of one hit and you die is a bizarre concept, but for the rest of us, this was NES boot camp at its finest. If you learned your first curse word or broke your first NES, controller, or even tube television playing “Contra,” chances are you’re not alone.

That being said, there’s this macho feeling that, even in the nerdiest of gamers, gets deep down in your soul when you defeat “Contra,” so while frustrating beyond words, there’s a sense of pride and a feeling of just reward when you finally get to tell someone you defeated “Contra,” almost like a badge of honor. This is still a fun, fast-paced, and very responsive game that is still a blast to play and has all the right weapons to keep you entertained for hours.

“Contra” may not be one of the true poster children of the NES library, but it is definitely one that helped define the NES era of gaming for certain. The price of this game seems to become increasingly more expensive with each passing year, as the appreciation of it by new gamers continues to grow. If you love classic games and great action movies, then “Contra” is certainly something that’s right up your alley. Just don’t come crying to us when the great hammer of difficulty comes slamming into you the first few times you play it.

Well, another one is in the books. Join me next week when I take a look at one of the more underrated Genesis titles that just so happens to be one of the most fiercely challenging and yet rewarding action games on the system.

Until then, keep that Konami Code handy and remember to always game on!