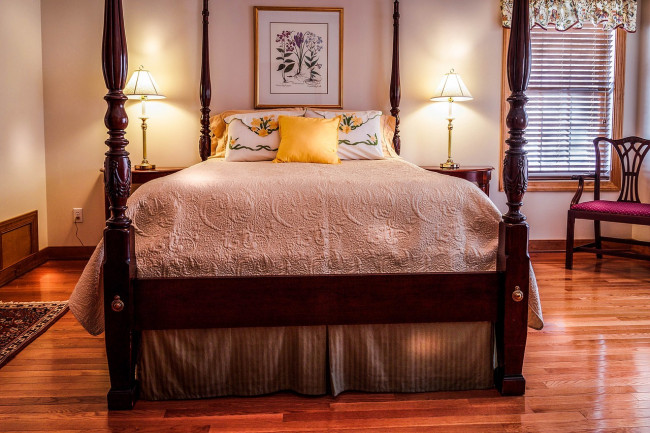 In the fourth installment of the “Playroom” series, Gaslight Theatre Company enters the “Master Bedroom” with seven one-act plays. This will open the company’s new season tonight, July 30, and run through Sunday, Aug. 9 at the Gateway Shopping Center in Kingston.

Matthew Hinton, artistic director of Gaslight, created this series to highlight regional talent and takes on many jobs. Not only does he produce the set descriptions, but he also seeks out the playwrights and directors that are a part of the production. He is also one of the seven playwrights to be featured in 2015’s installment.

Inspired by Christopher Durang’s play “Naomi in the Living Room,” Hinton decided to make a series in which one room of a house would be featured each year. In past years, the “Playroom” series visited the kitchen, the bathroom, and the attic.

After creating the set description, Hinton hands it off to David Reynolds, Gaslight’s treasurer and set designer. The set always has one main focal point, with this year’s being the bed. Hinton tries to think of the essence of a room and highlight that.

“Rather than just doing one big full-length play, which is a pretty standard thing, or just an evening of one-acts from one author, I thought, ‘What if we just had one set that didn’t move all that much?’” Hinton explained.

“I was trying to think of low-impact, minimalist set things to do and also a way to get a lot of artists’ voices in the same production at once.”

The series is meant to showcase local authors, with each playwright calling the region home at some point in time, though not all still remain here. Plays written by B. Garret Rogan, Emily Halbing, Kait Burrier, Rachel Luann Strayer, Jennifer Hill, Lukas Tomasacci, and Hinton himself will all be performed. Excited to be asked by Hinton to participate in the series, many writers have already been involved in the past, but Hinton always likes to add one or two new playwrights to the mix, commissioning the plays from friends and colleagues. 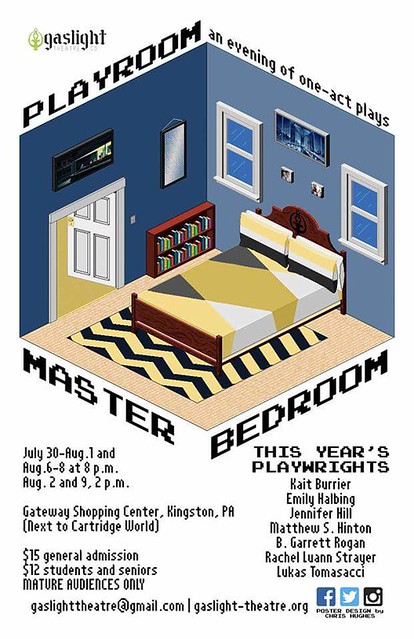 This year, there are 21 actors involved. With one first-time actor and several Gaslight veterans, Hinton is impressed by the group that has been gathered.

“A benefit of this show is that because it’s low impact for everybody, they can come in and, in two weeks of rehearsal, have a show down in between some of the big shows they do for their home companies. It’s kind of like an act of friendship.”

A few of these original plays have even moved beyond the series. While some contain adult content for mature audiences only, “Playroom” has been a continued success because of its ability to reach many different types of audiences and stay fresh each time.

The physical location of the series also changes every year. This time, it takes place in the Gateway Shopping Center between Cartridge World and Biggie Burger. Though this may seem strange, it is one thing Hinton and the rest of Gaslight love about “Playroom.”

“It’s so versatile that we can do the pop-up series wherever,” Hinton enthused.

“It keeps the spirit of black box theater alive.”

Some may view the company not having a brick-and-mortar home as problematic, but Hinton sees strengths in working this way – they do not have to worry about keeping a place running all year, and it gives them more of a challenge by using minimalistic sets. Hinton also noted that it is fun to see people walking past their space during rehearsals and looking in, wondering what’s going on.

Although the house is small, seating around 50 people, Hinton assured that when it is full, it feels like there are many more people than that.

Seating is general admission and limited; reservations can be made online.