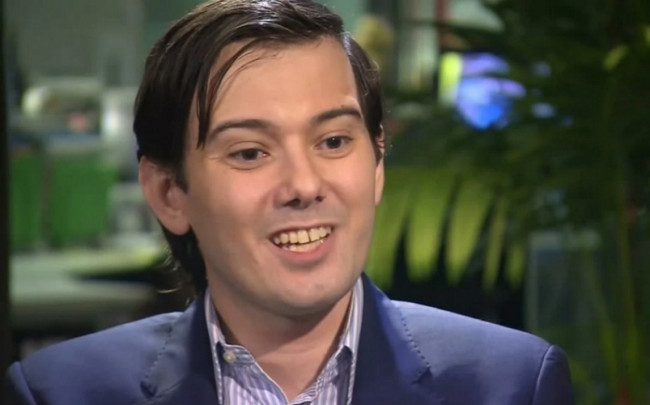 In fiction, it’s usually pretty easy to spot the villain.

Even if he’s not wearing black or sneering behind a nasty scar across his face, he’s almost always found on the direct opposite side of the protagonist, the physical embodiment of whatever evil our hero is fighting against. At his most cliché, he’s arrogant, cunning, and totally ruthless, willing to do anything and step on anyone to accomplish his immoral goals because he lacks the conscience that allows the audience to see him for what he is – and makes us root for him to fail.

In real life, however, it’s not always as easy to identify a true villain. As the United States prepares for another election cycle, practically everyone you know will be talking about right and wrong, good versus evil, even more consistently than usual, yet they all have very different ideas of what those things are – our current president alone has been called a saint, the antichrist, and everything in between. Whether we’re talking about whoever holds the highest office or just an everyman in the street, things aren’t as black and white for those living in the real world because morality is much more complicated than rescuing someone hanging off a ledge or stepping on their hand so they fall from it.

Then along comes Martin Shkreli, uniting us all (or at least most of us) in revulsion of his evil. Eat your machine-regulated heart out, Darth Vader.

He’s the guy you’ve probably read about by now who raised the price of Daraprim – a life-saving drug used to fight potentially fatal parasitic infections in AIDS, cancer, and malaria patients, pregnant women, and other people who anyone remotely human could empathize with – from $13.50 to $750 per tablet overnight after his company, Turing Pharmaceuticals, purchased it. Because there’s no generic version of the drug, anyone who needs it has to somehow pay for this 5,455 percent increase. Once this hit the media, public outrage spread and Shkreli said he would lower the price, making up some half-assed excuse about using the money for research into better drugs, but that’s not the end of the story – far from it. Supervillains aren’t defeated so easily.

Yes, Martin Shkreli is a real-life supervillain. As if taking advantage of the sick and the poor to reap ridiculous profits doesn’t make him evil enough, he looks, sounds, and acts like every over-the-top bad guy who has ever faced off against a team of spandex-clad heroes. Don’t believe me? Do you think I’m being too harsh on a guy who’s just pursuing, in his own words, “the American dream?” Let’s start with his origin story.

The child of immigrants from Albania and Croatia, Martin grew up in a humble apartment in Brooklyn, attending a school for gifted students in Manhattan’s Upper East Side and skipping several grades. After interning at 17-years-old at heavily criticized financial “expert” and “Mad Money” TV host Jim Cramer’s hedge fund, Cramer, Berkowitz, & Co., and drawing the attention of the Securities and Exchange Commission for some shady (but not necessarily illegal) stock shorting (Cramer now denies even knowing him), he set up his own hedge fund, MSMB Capital Management, and used online gossip to attack biotech companies whose shares he was shorting, drawing the ire of organizations like Citizens for Responsibility and Ethics in Washington, who accused him of manipulating the U.S. Food and Drug Administration for financial gain. Getting away with that too and featured in Forbes’ “30 Under 30,” he started pharmaceutical company Retrophin, who later ousted him after claiming that he used Retrophin funds to pay MSMB investors who had lost millions in a “disastrous trade” he made and then lied about; they’re currently suing him for $65 million in damages. Currently undergoing a criminal investigation by the U.S. Attorney for the Eastern District of New York, he raided resources from his last company to found Turing Pharmaceuticals which, at this point, may be a front for SPECTRE that only James Bond himself could take down – nothing would surprise me at this point.

But that’s not what raises him to supervillain status; these white-collar crooks are a billion dimes a dozen and, as he’s admitted himself, abhorrently raising prices on life-saving drugs is a common practice in the pharmaceutical industry. It’s in his charmingly theatrical personality where he truly transcends common criminal to comedic parody. Seriously, Shkreli should have nabbed the role of Lex Luthor’s son in the upcoming “Batman v Superman” film instead of Jesse Eisenberg because he could have just played himself, though he probably would have been lambasted by critics for being too absurdly evil – except it’s not an act.

Like a millennial caricature that even Will Ferrell or Sacha Baron Cohen would find too silly, he’s a scrawny little white snot who tweets tough guy rap quotes and poses for pictures like Flo Rida in a music video, personally responding to and arguing with all who dare oppose him through social media. Despite his rich white privilege oozing out of every orifice that makes noise, posting pictures of helicopter rides and $9,000 wine to continuously confirm his wealth, even Donald Trump doesn’t like this guy – and that’s saying something.

“I’ve been a jerk on the Internet since the Internet started,” he noted himself in a recent interview. “I’m not going to stop since I’ve had this success.” 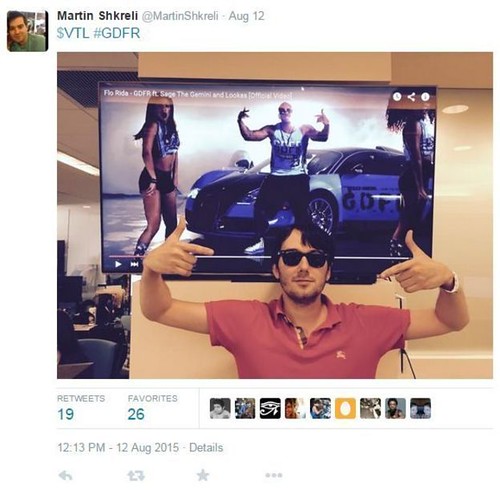 Maybe you should, considering you’re not only a CEO of a company that owns life-changing drugs, but a man in his 30s with a supposed gifted intellect. It should come as no surprise that he has trouble with the ladies, allegedly messaging an ex-girlfriend and begging her to come over by offering her $10,000 for sex. He still apparently tries to pick up women (also poorly) on Tinder despite his recent infamy, and his true personality really came through in another lawsuit against him that claims he harassed a former employee by hacking his e-mail and social media accounts and threatened him and his entire family, including personal messages to his wife and teenage son.

“Your husband’s arrogance is infuriating and making an enemy out of me is a huge mistake,” he allegedly wrote in one letter.” “I hope to see you and your four children homeless and will do whatever I can to assure this.”

Whatever you say, Dr. Doom. Many headlines have labeled him a “pharma bro,” but that smug egotism is far beyond the simple-minded “bro” mentality because, for all his faults, he is actually intelligent, which means he’s smart enough to gain followers. For as many detractors as he’s earned, there are plenty of people defending him now as well – we’ll call them “henchmen” – and he retweets every bit of support because, like a certain malevolent Latverian dictator, he truly is that vain.

“If there was a company that was selling an Aston Martin at the price of a bicycle, and we buy that company and we ask to charge Toyota prices, I don’t think that that should be a crime,” Shkreli said, presumably while petting Mr. Bigglesworth.

Except medicine isn’t a luxury sports car and shouldn’t be treated as such. In his defense, Martin says there are only about 2,000 patients in need of this drug, and he assures every interviewer he talks to that it’s the insurance companies, not the consumers, who will pay for the price hike; no one will be denied Daraprim if they can’t afford it, though he has yet to provide any evidence of this, just as he has yet to address how much cheaper he will make the drug after the backlash. But if he cares so much, saying that he’s losing money on it and the research to make it obsolete, doesn’t that contradict his capitalistic attitude he’s so eager to flaunt?

Like most supervillains, he is his own undoing. As he continues to tweet incessantly every day about how he’s a misunderstood genius and everyone else is wrong, his temper tantrums have made corporate corruption, particularly by Big Pharma, a major talking point in the national conversation, which means change could be possible. As he continues to be investigated by the government, political candidates from both sides have taken him to task on an issue that may have been drowned out or forgotten otherwise. He may end up being a major reason that regulations are put in place to prevent price gouging, which means he may have to settle for $2,000 wine next time as he dines alone yet again.

Or maybe he’ll be drinking some prison hooch instead, but that’s just wishful thinking. We all know supervillains get out of jail almost as quickly as they’re thrown in, and being a rich white male will make charges bounce off him like bullets against armor, but that doesn’t mean that the pursuit of truth, justice, and the American way is for naught – it’s just not often as satisfying as it is in comic books and movies. In other words, as much as we’d like to see someone just deck him in the face, we’ll probably have to settle for a lawyer slapping him with yet another lawsuit.

Shkreli obviously has a much different view of righteousness, but then again, so does Magneto. What’s scary to me isn’t just that someone like this actually exists – a cartoon character come to life and wreaking havoc – but that “the most hated man in America” isn’t actually hated by everyone universally. Right now, people are focused on his public back-and-forth with Bernie Sanders after the senator rightly refused his misguided campaign donation and Martin freaked out on Twitter, reposting memes and even faking a wrist injury to “troll” critics (yes, really), but it doesn’t matter if you’re Democrat, Republican, socialist, Tea Partier, business owner, blue-collar worker, Christian, atheist, or whatever else you’d like to classify yourself as – this guy is just wrong.

What he did was wrong, and what he’s doing now is wrong. Apologists can sugarcoat that all they want with talk of business and earnings and profits, saying we’re punishing the successful while ignoring their crimes and indifference to the suffering of others, but haven’t we learned since we were children, looking up to heroes like Superman and Captain America, that greed isn’t good? That excess to this extreme is wrong and downright insane? That supervillains belong in cells, not running major companies and, thus, the world?

I long for simpler times; maybe that’s why I still read comics.