TURN TO CHANNEL 3: ‘Mike Tyson’s Punch-Out!!’ continues to be a knockout classic 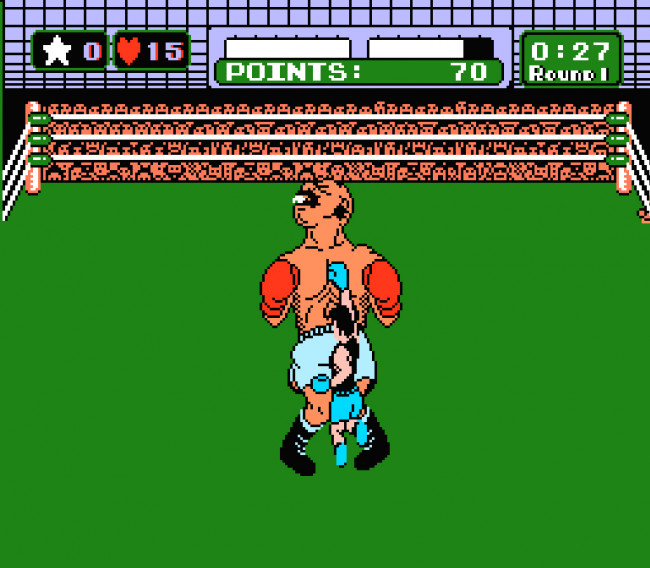 When you’re someone like me, going through life having either played or at least heard of so many different video games, it is easy to forget some things from time to time, such as high scores, the first tough boss you ever defeated, or that one hidden secret you found before so many of your other gaming friends. But if there’s one thing your scribe never forgets, it is the very first time he ever played today’s topic here on Turn to Channel 3 – “Mike Tyson’s Punch-Out!!” on the NES.

While I can’t quote you on a year, something tells me it wasn’t long after the game debuted that I was over at my friend Mark’s house chugging Hawaiian Punch, eating Domino’s Pizza and Doritos, and tangling with the likes of Von Kaiser, King Hippo, and Piston Honda, just to name a few. This was also when I began hearing of the greatest rumor in video game history at the time – those who fought the great Mike Tyson, wondering just how many kids my age were telling the truth, versus those just looking to use the game as a way to gain more credibility and free chocolate milk in the schoolyards of North Scranton.

One thing was clear – I would never forget this game, which makes me wonder just what makes this particular NES title the game that so many mention when coming into my store. Well, let’s hit the ring and find out! Cue that Doc training montage music!

Something tells me that if many people who grew up with the NES were asked about the most memorable or iconic soundtracks they can recall hearing, this game would probably make the Top 5 lists of most people, and what makes that so interesting is that most of what you hear in “Punch-Out!!” are short snippets that wouldn’t be considered songs by most careful listeners – yet these little ditties can plant themselves in the minds of longtime players. Not only does this showcase the longevity of the game, but also what power that great video game music composing can possess if done correctly.

While obviously there’s an overuse of certain sprite skins, as some characters look quite similar aside from some subtle changes, the fighters you encounter here are still full of personality and charm, and many are rather large compared to our diminutive Little Mac, but that just further builds the intensity and uphill battle of the game as you plow through. While the rings all look the same minus mat color, and there’s not a whole lot of audience reaction aside from some canned cheers and such, it is the most absurd moment in the game that has become the most iconic – I’m talking, of course, about Mac’s pink jumpsuit training montage with Doc on a bike through New York City.

Why is a grown man, a guy who is trying to be the most badass boxer on the planet in the 1980s, wearing a pink jumpsuit reminiscent to the “pink nightmare” bunny pajamas in “A Christmas Story?” I don’t think any of us, including Mr. Owl from the old Tootsie Pop commercial, has an answer, so I guess the world will never know.

What we do know, however, is that there is enough detail in the graphics to flesh out these characters and make them quite special and iconic in their own right, and that plays into the longevity and popularity of this game as well.

I’ve spoken on this before, but there are many NES games that lull you in with this idea that they are easy, while politely dumping you on your butt whenever they want because they are the furthest thing from that word as possible. For my money, no NES title perfectly exemplifies this notion better than “Mike Tyson’s Punch-Out!!” You play through it and think, “This is easy; I can make it to Tyson,” but as you encounter tougher adversaries, even the return of characters you thought you’d never have to see again, it begins to dawn on you that things just aren’t what they originally seemed when you popped this cart into your NES.

While “Punch-Out!!” is all about patterns and strategy in your attacks, it can also suffer from some questionable hit detection, where you swear at whoever is on the other side of your television that you timed your punch or dodged when, in fact, you’re collecting Little Mac off the floor where an enemy left him after a brutal left hook.

All of this being said, there is also no better example of a love/hate relationship with a game on the NES than this one, and it is all due to the allure of playing Iron Mike for the first time. True gamers earn their rite of gaming passage by not entering the code that brings you straight to the end with Tyson, but instead making their way to him as fights become more and more frustratingly difficult. Then, of course, the game “rewards” you with a fight where if just one hit connects, you’re on the ground.

How can I rate gameplay this high despite some major flaws? Because they don’t take away from the overall fun and simple mechanics needed to play and enjoy this game, and if you don’t think gamers are still enjoying this smash hit from the ‘80s, take a moment to look online at prices for this game; this is far from a $5 novelty. There is obviously something there bringing gamers back.

“Mike Tyson’s Punch-Out!!” brings gamers back to a time when they were truly challenged in a game at a moment when they were just learning the ins and outs of this thing known as the NES. Who knew at the time that a game not prominently featuring Mario would become such a hit? Obviously the folks at Nintendo did, and despite their shameful cover-up of the game with the simply titled “Punch-Out!!” after the Mike Tyson legal debacle, we forgive Nintendo after all these years. We don’t, however, forgive Iron Mike himself for being a terrible player of the game with his own name in the title. Come on, Mike!

It seems this is a game that is steadily increasing in price and becoming that much more sought-after among NES gamers and collectors, and for good reason. Challenging your finger speed as well as your brain in memorizing fighter patterns, there are few games like it in the NES library. While not in-depth as far as graphics or soundtrack are concerned, this is a prime example of what a simple, yet fun pick-up game on the NES is all about.

What makes Nintendo such an endearing brand all these years later? They know how to create games that are fun for nearly every level of gamer out there. “Mike Tyson’s Punch-Out!!” is a fine representation of their early work in this area.

So how does one truly put the proverbial Christmas bow on this month of Turn to Channel 3 reviews? With “The Legend of Zelda” on the NES – that’s how! Look for that next week as we celebrate Christmas and, as always, game on!