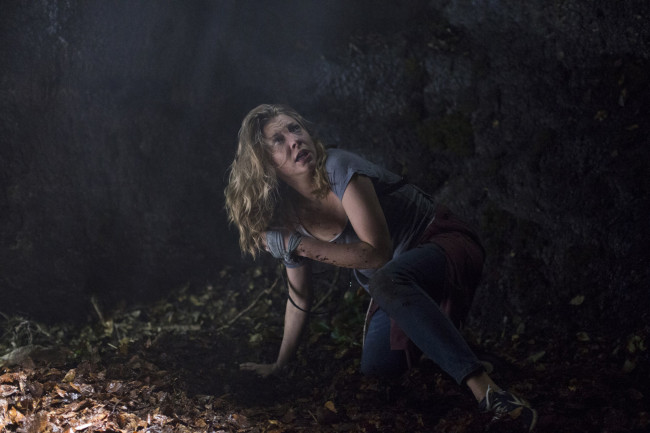 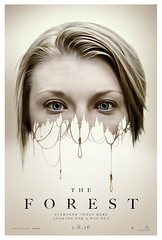 This movie had everything going for it – it really did.

It had a lead actress in Natalie Dormer, who I have enjoyed before, particularly in “Game of Thrones” and her OK performance in “The Hunger Games” films. She’s likable in most things, really – just not “The Forest.”

Dormer plays Sara Price, an American abroad looking for her identical twin sister, Jess, who is a teacher at a school in Japan. Japanese police contact Sara after Jess is last seen entering the Aokigahara Forest.

This location is another promising thing about the film that it manages to squander. The Aokigahara Forest is also known by a different name – the “Suicide Forest.” This is a patch of woods where about 30 suicides a year take place. Spooky, right?

We soon learn another unnerving element about the forest when they set up that ghosts who inhabit the woods can elicit hallucinations and imagery that leads people who dare enter to end their own lives. That’s a really cool added wrinkle that could have been great if used properly.

The coolest part is that the forest actually exists. It’s a real place that actually does have a high suicide rate. If you’re into looking at some deeply unsettling stuff, go ahead and run a Google search. It’s OK; I’ll wait.

Did you check it out? I hope you did, because those static images are 100 times scarier than anything in this film.

So how did this movie manage to take a good actress, put her in an actual creepy place, and produce this uninspired turd of a movie? By committing the worst sin a horror movie can make – it was not scary.

“The Forest” is just one of an increasing number of horror movies that relies on jump scares to try and get cheap jolts out of the audience. I can get down with a jump scare or two, don’t get me wrong – a lot of good classic movies have used them well. The problem here is that the scares don’t work. Not a single jump scare here even mildly disturbed the overwhelming boredom I felt during the runtime of this film.

And, God, this was tedious and predictable. You could see the “scares” being set up a mile away.

I’ll give you an example. At one point, Sara falls into an underground cavern. As underground caverns tend to be, it’s pitch black down there. Using the light of her iPhone camera, she sees a Japanese schoolgirl standing in front of her.

Now let’s pause. What’s the likely scenario here? You’re in a haunted suicide forest and you see a young Japanese schoolgirl, not visually distressed in any way, encouraging you to follow her deeper into the cave system to find your sister. The film has already established that the forest has the power to make you hallucinate and see things that will trick you into killing yourself. The character in the film is well aware of this.

So, logically, it would make no sense for her to believe that a little girl is going to lead her to her sister deep in an ominous cave, right? Any sensible character in a better movie would say, “Nah, no thanks, ghost forest demon apparition. I’m gonna have to decline in your invitation into an obvious jump scare.”

Do you think that happens in this film? Nope. Instead, she follows the schoolgirl until she trips (because women in horror movies have the balance of a drunk at closing time), losing her light for a moment so that the little girl can transform into a twisted demon creature. If I had not seen this coming, I might have been able to find this frightening.

That’s just one example in this jump scare-palooza. Two other cheap scares come from – and this is not a joke – a blind, dementia-suffering old woman and a hobo knocking on a taxi window. Why, movie? Why do you have to rely on bottom-of-the-barrel scares when you have an actual scary place with a built-in psychological horror angle to play with?

This movie wastes a good premise and leading lady with some run-of-the-mill, straight-to-video quality jump scares. I feel like this could have been done well if placed in the hands of someone with any kind of creative vision. As is, though, it feels like paint-by-numbers garbage, as generic as its title.

TURN TO CHANNEL 3: ‘Nights into Dreams’ imagined an inventive new world on the Sega Saturn