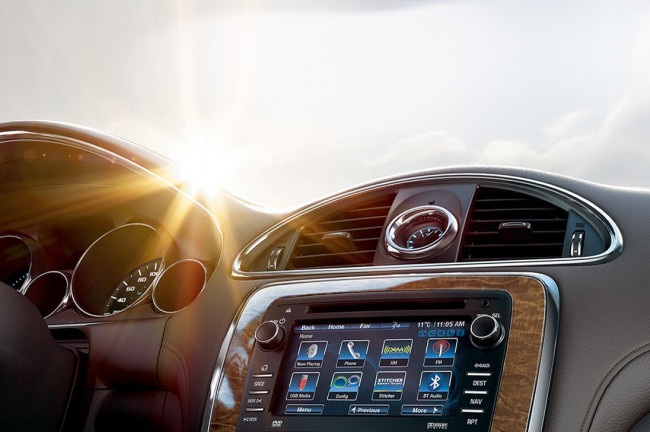 I purchased a new car last year – I’m talking 2015 new. It gets great mileage, it’s comfortable, and it even has some power behind it. Listen, I’m not a car guy; I could care less about what’s under a hood, and I don’t know any car guy lingo. I’m lucky I know how to check the fluids and change or rotate my tires, but it’s a new car, and I really like it. One feature the car has that is entirely new to me – and made me really excited – is Sirius XM radio.

In NEPA, if you are a fan of punk rock or any kind of non-mainstream music, you are pretty much shit out of luck. You basically have college radio stations, and while Marywood, Wilkes, and others may have some great content, you’ll be hard-pressed to hear your favorite bands on the regular from them. Even metal and hard rock is relegated to just two stations in the area – 97.9 X and Rock 107. Everything else on the radio dial is bland pop, sleep-inducing soft rock, generic adenoid-infused country, news, and sports channels. But Sirius XM was a better alternative to what’s out there. The free trial I received got me hooked, and I subscribed to it for a year after those first three free months of use.

Satellite radio felt like it was a key freeing me from my NEPA radio prison! Every kind of music genre under the sun was at my fingertips. Doo-wop, metal, jazz, hard rock, big band, punk, Motown, rock ‘n’ roll, R&B, classic country, Americana – everything was there for my listening pleasure! As well it should be. I paid for it, so it better damn well have more to offer than its free counterpart. And while it does, I was slightly taken aback by what I discovered. It has been six months since I began my subscription and, for a premium service, Sirius XM and terrestrial radio feel really fucking similar!

Everyone knows the two chief complaints with terrestrial radio – its commercials and the repetitiveness of programming. The issue with commercials is understandable. Since it’s free, these stations need to make money, so they sell ad space for commercials and sponsors to keep these stations funded. The problem is that a listener would be pretty damn lucky if they get to hear 20 minutes of uninterrupted music in any given hour because of the ridiculous amount of ads that need to be played.

Sirius XM is a paid service. You cannot listen without a subscription, so it stands to reason that they are making money from those subscriptions. In theory, it should be entirely ad-free. Oh, it should be, but it really fucking isn’t! Granted, there may not be nearly as many ads to be found here when compared with normal radio, but they are still noticeable! Why are there any goddamn commercials at all, anyway?

Foreseeing this query, Sirius XM has preemptively answered it in their own FAQ, but I still call bullshit. Apparently, while their normal music stations are ad-free, some stations, or rather certain shows on those stations, are not; they have sponsors who need promoting and ads they must air to help fund them. You know, just like the regular radio stations and programs I was trying to escape have. See… bullshit. In the end, Sirius XM isn’t entirely a refuge from the annoyance of commercials that I had expected.

The other and most egregious complaint about regular radio is that no matter what station you listen to, you will almost certainly hear repeated songs multiple times a day, most days, and possibly at the same times of day. I have no idea how radio production works, nor how they decide what to play, but I feel this can be easily fixed, seeing as there are decades worth of music to pick and choose from. Even if your station is themed, as 97.9 X and Rock 107 are, there is no reason to hear Alice in Chain’s “Man in the Box” or AC/DC’s “Back in Black” two or more times a week, let alone a day. Yeah, I know, they’re great songs, but not repeatedly! Sirius XM will surely save us from this plight, right? Well, like Rorschach’s journal entry from “Watchmen,” so too is Sirius XM’s reply: “All the whores and politicians will look up and shout, ‘Save us!’ And I’ll look down and whisper, ‘No.’”

I have lost count how many goddamn times I have had to listen to the same song or two by Ghost, Wax, Yelawolf, The Interrupters, or Marilyn Manson day after day on Faction. Normally a great station for punk rock and old school rap, they will play the same songs as if to appease some sociopath who has a gun pressed to their temple. I cannot fathom why this is a friggin’ problem since the whole idea of such a service – I would’ve thought, anyway – is that you have more options available to you as a listener.

If that isn’t bad enough, channel variety isn’t truly represented either, as too many stations overlap in terms of programing and style. The classic rock stations love playing the Grateful Dead, Tom Petty, and Bruce Springsteen, but there are stations that are solely dedicated to those artists too. Pearl Jam, Elvis, Jimmy Buffet, and Frank Sinatra all have dedicated stations as well, yet you’ll also hear them quite often on decade or genre appropriate channels. There are multiple pop, Top 40, and new alternative, coffee/art house stations that feature the same type of artists who whine, shriek, and moan their lyrics into microphones, only to be auto-tuned later. You get all of that, yet new wave, punk rock, metal, and hard rock, among others, only have one station apiece? Where is the true variety that was supposed to be here?!

However, even with those complaints about variety, Sirius XM is consistently inconsistent. It can play those same songs or artists at times, but then it will surprise the shit out of me by turning around and playing some insanely deep cuts from Bad Religion, The Adolescents, NOFX, Agent Orange, Refused, The Ramones, and more. So, after I feel neglected and turn away from it, Sirius XM knocks on my door with a bouquet of flowers and an apology. I’m hesitant, but of course I’m going to accept it and go back to it! There is nowhere else for me to go to find this kind of song variety in the genres I love.

Oh, Jesus Horatio Christ, am I actually in an abusive relationship with my car radio?!

When it comes to Sirius XM radio, buyers, please beware. The grass is definitely not any greener on the other side of the fence when it comes to satellite versus terrestrial radio. The positives of coast-to-coast reception and their “vast” selection of stations is often countered by similar annoyances that can be found on its free counterpart. Once you commit and make the change, you will essentially continue to listen regardless of gripes because terrestrial radio is so much worse. You can always pop in a CD or connect an iPod on those long drives or tiring commutes. They both serve their purposes and hold great value, but sometimes, they both get boring, so radio is a necessity at times.

Now, your relationship with Sirius XM may be different from mine. It may work out better for you than it has for me, depending on your taste in music, but if I am being honest here, it most assuredly is a one-way relationship, let alone a commitment. I have six months left on my subscription, and I honestly don’t know if I’m going to keep the relationship alive. When it’s up, it’ll be much more expensive to resubscribe than what it cost me for this one year. Knowing what I know now, it may be best to simply cut ties and walk away. I don’t feel the few ups outweigh the more numerous downs… at least until another discounted rate crosses my path, that is.