From a press release: Today, Wilkes-Barre/Scranton country music radio station Froggy 101 announced that its annual Froggy Fest is back, bringing Dierks Bentley’s Beers on Me Tour to The Pavilion at Montage Mountain in Scranton on Saturday, Aug. 13 at 7 p.m. The multi-platinum-selling country star will host an “all-night sing-along party” (Fresno Bee) in […]

From a press release: Act Out Theatre Group will present a radio play version of “It’s a Wonderful Life” on Friday, Dec. 3 through Sunday, Dec. 12. The production turns the theater’s stage in Dunmore into a 1940s radio station for the telling of this classic Christmas tale. Directed by Dan Pittman, the play features […]

From a press release: Edd Raineri, host of “The Beatledd Fab Four Hour” on 88.5 WRKC, will present a night of ’60s music by The Yardbirds, Big Brother & The Holding Company (Janis Joplin’s original band), and Peter Asher & Jeremy Clyde at the F.M. Kirby Center in Wilkes-Barre on Saturday, Sept. 18. Doors at […]

From a press release: Terry Gross, National Public Radio’s award-winning host and co-executive producer of “Fresh Air,” will deliver the Wilkes University Max Rosenn Lecture in Law and Humanities on Sunday, April 25. The event begins at 3 p.m. and will broadcast at wilkes.edu/rosenn. The talk was originally scheduled to take place in April of […]

Today, Scranton/Wilkes-Barre radio station Alt 92.1 turned off the Christmas music and turned on the ’90s. On Nov. 4, NEPA Scene broke the news that Alt 92.1 made the sudden switch from alternative rock to 24/7 holiday music, indicating that a format switch was imminent. A new website and social media pages revealed this morning […]

The slogan for Scranton/Wilkes-Barre radio station Alt 92.1 was “sounds different.” Today, it sounds very different as alternative rock is replaced with Christmas music for the foreseeable future. The website and social media pages for Alt 92.1 and its weekly local music showcase Alt-Natives on Alt 92.1 have been taken down, replaced with a Christmas […]

From a press release: Philadelphia public radio station WXPN 88.5 FM is producing a summer-long slate of special music programming, with some replacing the WXPN live music events that its members and listeners typically enjoy each summer but have been cancelled due to the coronavirus pandemic. In place of its now-cancelled, annual three-day XPoNential Music […] 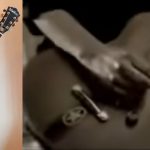 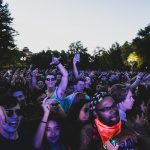