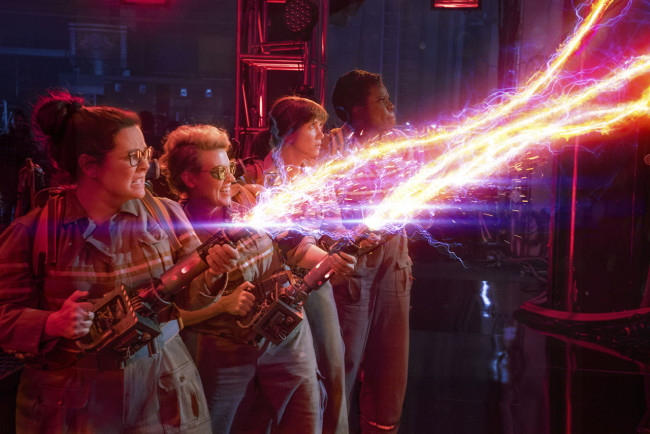 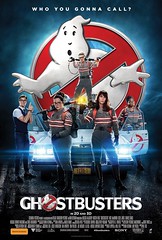 This film is the definition of a controversial, divisive Internet shitstorm.

When the project was first announced, the decision to make reboot the franchise with four leading ladies baffled many, including me.

Now, I’m not going to sit here and pretend to be some “Ghostbusters” purist or super-fan; I was born in ‘94. Even though I love the franchise, I don’t have the same connection with it as those who grew up with the original movies, so I sort of get the outrage in changing a beloved property, but I was appalled by the sheer amount of hate the leading cast received simply because of the arrangement of their chromosomes.

Shortly after this, however, the public saw the trailers for Paul Feig’s new “Ghostbusters” vision and, man, were they bad. I think anybody who watched those trailers could admit that they objectively weren’t the highest quality. The jokes felt labored, unfunny, and bland.

The trailers only added more fuel to the raging Internet flame war, with both sides digging in. Those who were convinced an all-female “Ghostbusters” film would be an abomination now had what they considered affirmation, and those who were on the opposite side, specifically people involved with the film, shouted “Misogyny!” in response to any criticism thrown their way.

All and all, it was a mess.

For me, I was cautiously optimistic when approaching this. I was by no means opposed to a new “Ghostbusters” simply due to the sex of the cast, but I really, really didn’t want to see a franchise I love be crushed under the weight of an installment as bad as (or worse than) “Ghostbusters 2.”

So I’ll start this review by reassuring fellow “Ghostbusters” fans this – this film is leaps and bounds better than “Ghostbusters 2.” I know it’s a small condolence, but it’s good news for many.

The four unite to stop a threat that will unleash legions of the dead into the world. This is nothing we haven’t seen before from a “Ghostbusters” film, which is one of the biggest issues with this whole project.

This feels like threaded territory, like already chewed gum. The ideas are there and the execution is passable most of the time, but nothing feels original here. Even rebooting the franchise, starting fresh in a universe where the previous cast never existed, can’t help this carve out its own identity.

It’s not just the long, looming shadow of the original in fans’ minds, either. This movie goes out of its way to make reference after reference, seemingly trying to extend an olive branch to all the angry fanboys they’re sure will be populating the theater. It’s not just the obvious cameos, because there are appearances from the original cast in various forms here, some more understated than others.

What was less subtle, however, was the clear disdain this film has for the hate it seemed to garner on the Internet, specifically Reddit and YouTube. For example, at multiple points in the film, the cast react to mean, misogynist comments under videos they posted online. ‘Cuz that’s what happened to them! Get it, guys?

The attempted moments of self-awareness and winking and nudging fall painfully short of funny, even bordering on petty, in my opinion.

Besides those moments, there are some editing issues here. The film felt choppy in many parts, with some portions feeling like overly long “Saturday Night Live” parody skits. Other times, the movie hops from mid-afternoon sunshine to the dead of night in seconds, “Dark Knight” motorcycle chase-style.

The villain is a bit underwhelming as well. He was sort of just there, not really doing much aside from marginally advancing the plot at times. Even at the peak of his powers later in the film, he never feels like the threat he should be.

The movie does have many redeeming qualities, however. First of all, the shining performance of Kate McKinnon as Holtzmann was the highlight of the film for me. She’s such a talented, funny comedian in whatever I see her in, “SNL” or otherwise. Something about her mannerisms, the way she talks and moves, really tickled me.

Wiig, McCarthy, and Jones all had their moment to crack a joke that made me chuckle, but Holtzmann stole the show.

And speaking of the humor, when the jokes aren’t references to the classic or aimed at men on the Internet, they’re actually pretty funny.

The film features a fun role reversal for Chris Hemsworth, who plays the good-looking but empty-headed receptionist. It was funny to see what was once a longtime trope reserved for women flipped on its head and still end up clever and amusing.

The comedy here is hit or miss, ranging to the extreme on both sides. It was either pretty funny or very much not funny – no real in-between.

In the end, “Ghostbusters” left me in a perpetual state of “meh.” There was nothing to wow me and nothing really to hate, which I think is its worst sin.

When Hollywood reboots something, they do take at least some shine off the original. I’m not telling you that this ruined the original or even the cartoon series for me, but it just makes me question why it ever happened in the first place.

You can tell that Feig is a fan of the original series; it feels like he really wanted this project. The problem is that there’s no originality involved. Why go ahead with making this if nobody has any original idea of where to take it?

And, even more puzzling, what’s the point of making this a reboot? They had an established universe where people knew ghosts existed, the functioning tech to deal with it, and the credibility of a ghost-catching service. Why throw all of that away just to set it up all over again? Just keep it in the same universe and have the ladies take over where Dan Aykroyd, Bill Murray, Harold Ramis, and Ernie Hudson left off.

I think the most infuriating part of all of this is that I can see the potential right in front of me going completely untapped. Despite some funny moments, cool characters, and pretty serviceable action scenes, this feels like just another uninspired Hollywood cash-in remake, which may be what most people expected in the first place.