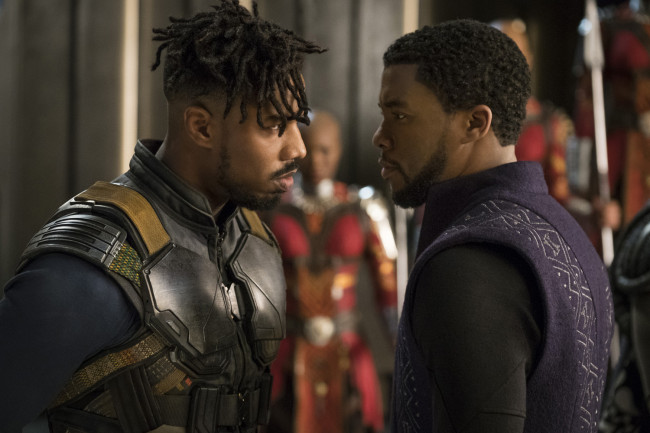 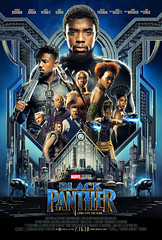 When it comes to pre-release hype, not too much comes to mind before Disney these days.

Whether it’s a new “Star Wars” film, the latest Pixar project, or the next chapter in the Marvel Cinematic Universe, the Internet hype train runs on Mickey Mouse-brand coal.

And I’ll fully admit to participating. When the first “Black Panther” trailer dropped (seen below), I felt a bubbling anticipating in my stomach.

Between the Run the Jewels song, the star-studded cast, and the crazy visuals, I was fully on board the hype train. My ticket had been punched; there was no going back.

But as the release of the film got closer and closer, I couldn’t help but think of the worst case scenario. What if, somehow, this movie ended up being a dud? What if it failed to shine among so many other incredible Marvel films? What if it was… just average?

It would be such a wasted opportunity for a production that’s, refreshingly, resounding black. It’s not often we see so many black actors and actresses in one film, especially a big budget blockbuster like this.

Thankfully, my fears were quickly put to rest when the film began.

“Black Panther” invites viewers into the secret world of Wakanda, a hidden African nation far more advanced than any other. Thanks to a meteor of vibranium, the hardest, most valuable metal on Earth, the nation is technologically leaps and bounds ahead of anywhere else on the planet.

As the world around them fought and descended into war, colonialism, and madness, Wakanda withdrew and isolated itself, using their super-advanced tech to hide away.

For centuries, Wakanda has been isolationist, worrying only about themselves and refusing to step into other conflicts. It’s an African nation untouched by colonialism, unmarred by slavery and racism, and prospering due to their abundant natural resources, something that’s unfortunately comic book fantasy instead of reality.

But now, Wakanda has come to a crossroads. Leaders within the nation are split on whether Wakanda should reveal themselves to the world and share their knowledge and resources for good or if they should remain hidden away as they always have, prospering among themselves in their own secret utopia.

Chadwick Boseman reprises his role as T’Challa, prince of Wakanda and the titular Black Panther, returning to his homeland after the death of his father in “Captain America: Civil War.”

Alongside him are Oscar winner Lupita Nyong’o as Nakia, an elite Wakandan spy, Danai Gurira of “The Walking Dead” fame as Okoye, the vibranium spear-wielding leader of Wakanda’s badass all-female royal guard, the Dora Milaje, and Letitia Wright as Shuri, T’Calla’s sister, princess of Wakanda, and tech expert.

One thing that was a real surprise for me was the huge role that women have in this film.

T’Challa takes a back seat to the leading ladies of the movie, women whose advice and guidance he seeks at every opportunity. It’s so refreshing to see a titular male lead in a blockbuster film treat women not as objects to be sexualized or ignored, but as equals in intelligence and battle.

And the ladies in this movie do not squander the chance to shine in the forefront. Nakia and Okoye are ass-kicking machines and wreck shop throughout the film while still looking elegant and beautiful.

Shuri functions as Wakanda’s Q from the James Bond franchise, providing cutting-edge, vibranium-driven tech for the Black Panther to work with. On top of that, she’s no slouch on the battlefield either.

Even Ramona, the former queen of Wakanda and T’Challa’s mother, takes a prominent role in the film, on top of being portrayed brilliantly by Angela Bassett.

Along with the leading ladies comes a well-rounded cast of fantastic actors. Oscar Winner Forest Whitaker plays Zuri, Wakanda’s high priest and advisor to T’Challa, Martin Freeman reprises his role of CIA agent Everett Ross, and “Get Out” star Daniel Kaluuya plays W’Kabi, one of the tribal leaders in Wakanda.

The standout performance here, however, is from Michael B. Jordan as Erik Killmonger, a highly-trained special ops soldier with a grudge. Alongside Ulysses Klaue, a South African arms dealer who has stolen vibranium from the nation before, the two draw unwanted attention for Wakandan leaders, setting the plot in motion.

Killmonger is the star here. He’s a complex, layered character with a lot going on. He’s the best villain in the Marvel Cinematic Universe so far, beating out the Vulture in “Spider-Man: Homecoming” for the top spot, in my opinion.

He’s far more than the typical mustache-twirling villain that appears in too many MCU films. He’s a deep character, one whose motivations you understand and sympathize with.

Every time he was on screen, I found myself wishing he was there more often. Jordan is brilliant in this role, as he has been in both of director Ryan Coogler’s previous two films, “Fruitvale Station” and “Creed.” The pair seem to produce nothing but quality so far, and “Black Panther” is no exception, so let’s take a minute to talk about Coogler’s direction in this film.

The world Coogler crafted in Wakanda stands out visually. The architecture in the city is a mix of traditional African style and futuristic, sci-fi tech. It’s a textbook example in how to build an Afro-futuristic world on screen. It’s the new standard, in fact.

We’ve never seen something like this production on screen before, and it’s incredible how Coogler seamlessly slotted it into an established Marvel Comics world. The nation feels real, like you could reach out and touch it. That’s an amazing accomplishment and one that needs to be applauded and celebrated.

With all of this said, “Black Panther” is not a perfect film.

There are some issues with the first 40 or so minutes of the film. The first portion feels like a different film than the first half. It’s like we get half of a spy thriller combined with half of a straight-up action movie. There are absolutely ways to make those two elements work in tandem, but that balance wasn’t captured perfectly here.

Killmonger also disappears from the film for a long portion of time, where his presence is missed. Jordan’s performance was magnetic and I wanted more of him, so him vanishing for so long is unfortunate.

Now, in the grand scheme of things, these are relatively minor issues when it comes to the overall enjoyment of the film. The tonal issues and Killmonger’s absence weren’t massive, fundamental issues, but they do detract from it enough to be noticeable.

Overall, “Black Panther” is a joy to watch. It’s an experience unlike any other we’ve seen before. It’s not only a celebration of black excellence, but it’s an example of cinematic excellence. It’s a fantastic film that takes its rightful place as one of the best Marvel efforts to date. Don’t sleep on this one.