While Marvel fans of all ages enjoyed “Avengers: Infinity War” last weekend, helping the 19th film in the franchise set the record for the highest movie opening ever, the more mature tone and surprisingly dark ending may have left a few families looking for something lighter now to brighten their spirits before “Ant-Man and the […]

From a press release: Marvel fans will assemble when “Marvel Universe Live! Age of Heroes,” a live, legendary battle to defend the universe from evil, comes to the Mohegan Sun Arena at Casey Plaza in Wilkes-Barre from May 3 through May 6, 2018 for seven performances. The Avengers, the Guardians of the Galaxy, and Spider-Man […]

How many root beer floats are too many? That seems like a trick question, right? How could one possibly put an objective limit on delicious, sugary goodness? I, like many, love a good root beer float. It’s a delicious treat that hits my sweet tooth like a laser blast. If someone put a root beer […]

When I sat down in the theater for this movie, I had mixed feelings. While I loved the last two efforts for this new, rebooted “X-Men” universe, this film made headlines for being so poor. Early reviews panned the film, painting it as a dull effort, one that could end up being a dreaded franchise […]

From a press release: With the summer blockbuster season now in full swing, friends of the Little Theatre of Wilkes-Barre will hold a 12-hour Marvel Madness Marathon starting at noon on Saturday, April 30. The marathon includes all the movies starring Captain America – “Captain America: The First Avenger,” “The Avengers,” “Captain America: The Winter […] 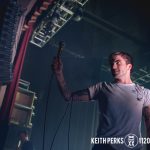 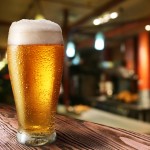