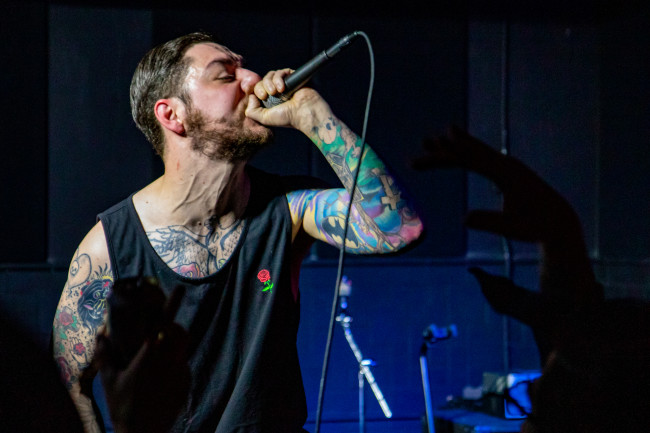 Today, Scranton-based hip-hop artist Lucas Hex announced that he will be providing support for national recording artist Riff Raff on a leg of his upcoming tour.

Hex will also release a new single, “Make Me Proud,” that will premiere exclusively on NEPA Scene on Friday, March 13.

This isn’t the first national tour that Lucas Hex has provided support for. In early 2018, he hit the road with Michael Barr, the former leader singer of Volumes. During that run, Hex hit primarily New York markets like Rochester, Corning, and Albany.

This time around, he’ll be opening the Pennsylvania dates of the Riff Raff tour, making appearances in State College, Harrisburg and, of course, his hometown of Scranton.

After the release of “Make Me Proud,” Hex plans to drop a series of singles. The new songs will feature his unique flow and gritty lyrics, but he seems to have channeled his inner Drake, with the tunes adhering to a serious pop sensibility. He released his last single, “MVP,” on April 19, 2019.

As previously reported by NEPA Scene, Riff Raff’s Cranberry Vampire Tour will make a stop at Stage West (301 N. Main Ave., Scranton) on Thursday, March 19. Doors open at 7 p.m., and the 21+ concert starts at 8 p.m. Tickets, which are $20 in advance, are on sale now via Prekindle. VIP meet and greet tickets (includes admission, pre-show meet and greet, tour T-shirt, and VIP laminated tour badge) are also available for $70.

Riff Raff, who went from an appearance on MTV reality show “From G’s to Gents” to working with influential DJ/producer Diplo and collaborating with some of the biggest modern rappers, has performed in Scranton before as part of the 2015 Vans Warped Tour at The Pavilion at Montage Mountain. Following his return to the Electric City, he and Hex will visit Stage West’s brand new location in State College (420 E. College Ave., State College), previously known at the Crowbar and Re//Bar, on Saturday, March 21. Tickets for that show are also on sale now via Prekindle.

NEPA Scene premiered Hex’s music video for “$MACKED” in 2019, which was made to promote his first full-length album, “Blue Carolina.”

“The song is about a lot and absolutely nothing at the same time. It allowed me to get some snarky remarks off my chest,” he said.

“‘$MACKED’ addresses the naysayers and haters. There’s some parts in it that address how I’m dealing with my own issues of not always being able to let that stuff go. At the end of the day, I just wanted to have fun with the song and experiment with different flow patterns.”

While working on new material, he promised to continue experimenting with different styles and themes that would be a departure from his 2018 “Sermons” EP and “Blue Carolina” while remaining true to the artist fans have come to know and love from his raw live performances and clever wordplay. He released a follow-up single, “MVP,” just a few months after “Blue Carolina” and opened for Crazy Town at Stage West on Nov. 9.

Hex discovered his love for hip-hop and other musical genres at a young age in a South Carolina housing project. Upon moving to Northeastern Pennsylvania, he dove into the metal, hardcore, and punk genres. With “an almost unhealthy strive for perfection” and a “DIY work ethic,” he was named Hip-Hop Artist of the Year at the 2016 Steamtown Music Awards and performed at the 2018 award ceremony.

Riff Raff, also known as Jody Highroller and Dale Dan Tony, is a rapper born in Houston, Texas as Horst Christian Simco. His first big break onto the national stage was on “From G’s to Gents,” a short-lived MTV reality series from executive producer Jamie Foxx. While he was eliminated from the show by other contestants early on, his outrageous appearance and attitude got him noticed. He joined Simon Rex and Andy Milonakis to form comedy hip-hop group Three Loco, releasing a self-titled EP in 2012.

He produced his own popular music videos online before briefly working with Soulja Boy. Riff Raff signed with Diplo’s record label Mad Decent in 2012 and released his debut album, “Neon Icon,” in 2014 with contributions from Childish Gambino, Mac Miller, Paul Wall, Amber Coffman, Mike Posner, and Slim Thug. It produced hit singles “Tip Toe Wing in My Jawwdinz” and “How to Be the Man.”

His next album, “Peach Panther,” produced the hit song “Carlos Slim” and featured G-Eazy, Gucci Mane, and Danny Brown. In 2019, he teamed up again with his longtime friend and producer Derek Allen, who produced “Neon Icon” with Diplo, and released “Pink Python” with guest appearances from Chief Keef, J-Dawg, and Killah Priest.

On the heels of “Pink Python,” Riff Raff released “Cranberry Vampire” on Oct. 25, which has production from DJ Paul from Three 6 Mafia and Diplo. 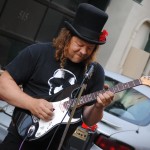 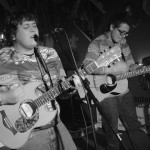