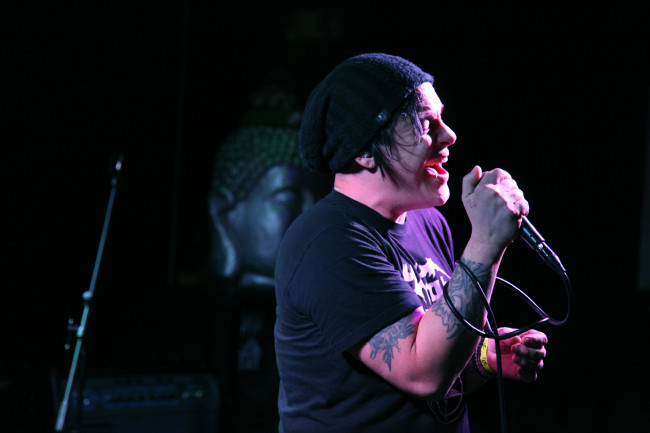 Performances will be posted every Thursday at 7:30 p.m. on the Facebook and Instagram pages of both Mohegan Sun Arena and Karl Hall. Each free show will also feature a Q&A session that provides viewers a behind-the-scenes look into the artists’ lives.

The first artist playing NEPA Live From Home this Thursday, April 30 is Berwick native Nick Coyle, a solo artist as well as the lead singer of Wilkes-Barre nu metal band Lifer and lead guitarist and backing vocalist of national recording artists Cold, a gold-selling alternative rock band he joined in 2017. He co-wrote some songs with vocalist Scooter Ward as well as co-produced and mixed the band’s first album in eight years, “The Things We Can’t Stop,” and they hit the road on their cross-country Broken Human Tour to support it in 2019 with Italian metal band Awake for Days and Scranton alt rockers University Drive.

During that time, Cold also filmed their music video for the song “Without You” in Wilkes-Barre:

The Broken Human Tour, which stopped in Scranton in September, was Cold’s first tour in over eight years and went so well that they were planning to hit the road again with “A Different Kind of Tour – An Intimate Evening with Cold” this spring.

“[The tour] was awesome! I would say the best part was just talking with everyone that came out, hearing how the music has impacted their lives. It was pretty powerful stuff, man,” Coyle told NEPA Scene in an interview last month.

The upside of the quarantine is that Lifer was able to finish up and release their first new song in 18 years, “The Start of Something Else,” and Coyle quickly followed it up with his cover of Cyndi Lauper’s “True Colors” as well as his own original solo track, “I Can’t Figure It Out:”

Lifer released their original “No Need” EP under the moniker Strangers with Candy in 2000 and their self-titled debut as Lifer on Universal Music/Republic Records in 2001, recorded with Alex Lifeson of Rush. The label did little to support the album, however, so two members left to join Breaking Benjamin and Lifer broke up by 2003. A series of local reunion concerts in 2018 and 2019 were well-received and proved that there was still a demand for more music from these now more experienced musicians, so they started writing new material.

Revisiting his first big band all these years later, Coyle didn’t feel like they needed to “update” their sound or make the new songs feel like they came out during a time when bands like Korn, Limp Bizkit, Disturbed, Godsmack, Staind, Slipknot, Linkin Park, Papa Roach, and more were at the top of their game, though the single could fit very well in that timeframe.

Coyle could perform songs from any of these projects on NEPA Live From Home this Thursday, April 30 at 7:30 p.m. The full schedule was released last week.

Read the full statement and watch the video announcement of NEPA Live From Home here. See NEPA Scene’s review and photos of Lifer’s 2018 reunion show here, photos from their 2019 concert at the F.M. Kirby Center in Wilkes-Barre here, and watch Episode 76 of the NEPA Scene Podcast, where Coyle and Fink discuss their formation and early connections to Breaking Benjamin, the burgeoning local music scene at the time, their big break on MTV, Lifer’s breakup and later reformation as Stardog Champion, revisiting Lifer’s music all these years later, and more, below: 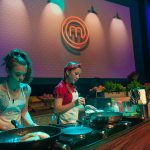 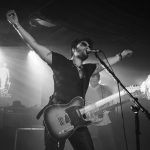