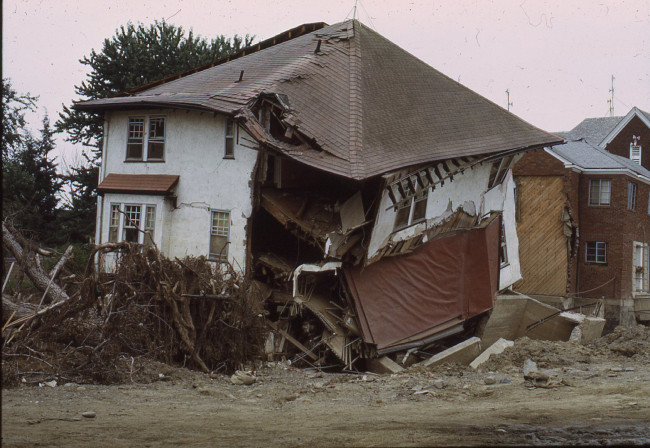 This June marks the 50th anniversary of Hurricane Agnes’ devastation of Northeastern Pennsylvania. WVIA will commemorate the day with “Agnes 50,” a multi-platform initiative that will explore the events of June 23, 1972, as well as the response in the years after.

The initiative will include the original documentary film “Agnes 50: Life After the Flood,” focusing on different communities that were affected by the flood. Excerpts from the documentary will air on WVIA’s social channels in the weeks leading up to the broadcast premiere on Thursday, June 23 at 9 p.m.

On the evening of June 23, WVIA-TV will present an evening of programming that will include a live hour-long episode of “Keystone Edition” with area experts discussing the impact of Hurricane Agnes on the region at 7 p.m., followed by a special broadcast of the 1997 historical documentary “Remembering Agnes” at 8 p.m. The new WVIA original film “Agnes 50: Life After the Flood” premieres at 9 p.m., followed by the WSKG original production “Agnes: The Flood of ’72.”

“This documentary [“Agnes 50”] is really about the people of the Susquehanna watershed and how we’re all connected,” director Alexander Monelli said.

“When I started this film, I never knew there were so many issues related to flooding, and they’ve been ongoing since 1972. What one town does to mitigate flooding may impact another town downstream. It raises questions about our responsibility to our own community, our neighbors downstream, and nature as a whole. I’ve met so many fascinating people while filming, and I can’t wait to share this documentary with everyone.”

In addition, “Memories of Agnes,” a digital series, will launch this spring. The series will provide those who lived through the Agnes disaster the opportunity to share their firsthand accounts of the flood through user-generated content and archival film and photos.

WVIA News will feature a companion series of stories on WVIA Radio and wvianews.org throughout the coming months that will cover additional aspects of the area’s history with flooding.

What have we learned in the years since Agnes? What actions have communities taken since that date? To properly explore the fallout from Agnes over the past five decades and to assess the steps the region is taking or should be taking in order to prepare for the challenges of inevitable flooding in the future, WVIA will premiere “Agnes 50: Life After the Flood,” a feature documentary directed by award-winning filmmaker Alexander Monelli (“At the Drive-In,” “Marionette Land”) that will cover key communities along the Susquehanna River, including Berwick, Bloomsburg, Danville, Forty Fort, Milton, West Pittston, Selinsgrove, Tunkhannock, Towanda, and Wilkes-Barre.

“As the region’s premier storytellers, we believe sharing the stories of Hurricane Agnes and the communities affected will help shine a light for future generations to learn from,” WVIA Chief Content Officer Ben Payavis II said.

“The topic and its ramifications are so large that we knew one program alone wouldn’t be enough to cover its scope. That is why we have created this multi-platform initiative and full evening of programming.”

“Education is at the core of what we do at WVIA, and we believe that preserving and learning from our local history is essential to the growth and future of our communities,” WVIA President and CEO Carla McCabe added.

“In addition to the creation of this new documentary, WVIA Education will be creating a curriculum plan based on WVIA’s ‘Remembering Agnes’ and ‘Agnes 50: Life After the Flood’ documentaries that will be made available to all area school districts.”

50 years ago, life in the Susquehanna Valley changed forever as Hurricane Agnes devastated the area and the Susquehanna River inundated homes and streets, destroying everything it touched. “Keystone Edition Reports” takes a look back at the toll Agnes took, how the valley bounced back, and what the future holds.

A special presentation of the remastered 1997 historic documentary. Eyewitnesses reminisce about the hours just before, during, and after the worst natural disaster to devastate the east branch of the Susquehanna River Valley in the greater Wilkes-Barre/Scranton metropolitan area of Northeastern Pennsylvania. Hurricane Agnes and the resulting flood occurred in late June 1972 and affected thousands ever since.

On Friday, June 23, 1972, Pennsylvania suffered the wrath of Hurricane Agnes, which at the time was the costliest hurricane to hit the United States and would claim the lives of 128 people in the storm’s path. Now, at the 50th anniversary, WVIA explores what we as a region have learned from the Agnes tragedy. Half a century later, how did this epic event permanently change our communities – economically, physically, and emotionally? What have local communities done over the past decades to address and mitigate potential flooding in the future? Have we done enough?

On June 19, 1972, the first hurricane of the season, Agnes, crossed over the Florida Panhandle and quickly headed back out to sea. With sustained winds of just over 75 miles per hour, Agnes was considered a low-level threat by most weather experts. They were wrong. By June 22, the remnants of Agnes stalled over the northeastern United States, dumping up to 22 inches of rain in some areas, including the Elmira/Corning region of New York. The devastating flooding that followed would result in one of the worst natural disasters in the region’s history and change the landscape of the region forever. Produced by WSKG. 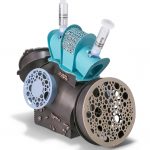 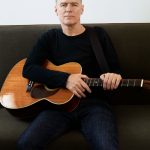