From a press release: After 22 consecutive years of bringing the blues to a family farm in Nescopeck, the Briggs Farm Blues Festival has been rescheduled for Thursday, July 8 through Saturday, July 10, 2021 due to the coronavirus pandemic. The festival intends to host the same nationally and internationally acclaimed lineup scheduled for 2020, […]

From a press release: The Blues Foundation in Memphis, Tennessee recently announced its 2019 Blues Music Award winners, and three of those artists are heading to the 22nd annual Briggs Farm Blues Festival in Nescopeck this July. Grammy Award-nominated Cedric Burnside (winner of Instrumentalist – Drums), the unique and highly acclaimed Vanessa Collier (Instrumentalist – […]

After winning a Keeping the Blues Alive Award from the Blues Foundation in Memphis, Tennessee last year, the Briggs Farm Blues Festival proved once again why it’s deserving of those accolades at its 21st annual event on Thursday, July 5 through Sunday, July 8. With perfect weather and a strong lineup showcasing the diversity of […]

Earning a Keeping the Blues Alive Award from the Blues Foundation in Memphis, Tennessee earlier this year, the Briggs Farm Blues Festival celebrated its 20th anniversary on Thursday, July 6 through Sunday, July 9. Bringing 10,000 blues fans each year to the scenic hills of Nescopeck, the festival has featured over 130 artists from all […]

It has been 19 years since the first Briggs Farm Blues Festival kicked off in the beautiful farmlands of Nescopeck, and the annual event is as fresh and enthralling as ever. NEPA Scene photographers Tammy Heid and Robb Malloy of Moon’s Eye Media spent all three days of the event – Friday, July 8 through […]

From a press release: The Briggs Farm Blues Festival returns for its 19th year to its namesake farm in Nescopeck on Friday, July 8, through Sunday, July 10. The Briggs family will yet again turn their 250-year-old farm in the rolling hills of Pennsylvania (88 Old Berwick Hwy., Nescopeck) into one of the most revered […] 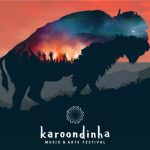 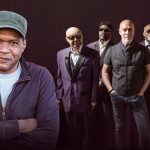