Big D and the Kids Table, Pietasters, and more ska bands play at Jazz Cafe in Plains on Nov. 7

From a press release: Ska punk music will be skanking back into the River Street Jazz Cafe in Plains when Big D and the Kids Table and The Pietasters return with Mephiskapheles and Catbite on Saturday, Nov. 7. A special guest is also TBA. Doors at the Jazz Cafe (667 N. River St., Plains) open […]

From a press release: New Jersey ska band Hub City Stompers will return to the River Street Jazz Cafe in Plains on Saturday, March 28 for a night of ska, punk, and rock and roll with Philadelphia favorites Duffy’s Cut and Wilkes-Barre’s own punk/oi trio Diamond Dogz. Doors at the Jazz Cafe (667 N. River […]

From a press release: Following their 2019 Peach Music Festival performance, it was announced today that Maryland ska/punk/reggae band Bumpin Uglies will return to Scranton for a show at Stage West on Friday, Jan. 3 as part of their 2020 Lava Sharks & Water Parks Tour. Wilkes-Barre reggae rockers Elephants Dancing will open the 21+ […] 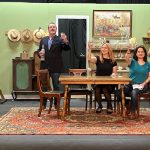 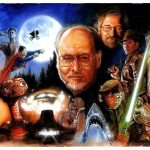