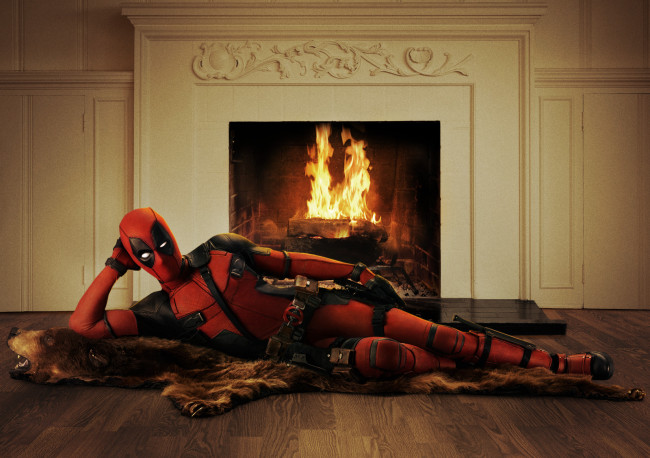 In the original “X-Men” film, Wolverine questions the uniforms they’ve donned to fight Magneto and the Brotherhood just before their final confrontation. In response, Cyclops quips, “What would you prefer? Yellow spandex?”

Actually, yes. Yes, I would.

That was 15 years ago, which seems like a lifetime ago now, and for some young fans, it actually is. In the year 2000, black leather was cool and studios were afraid to have actors wear costumes that were accurate to those of the colorful comic book characters they were based on for fear of alienating general audiences. While this was somewhat justifiable, as the old “Superman” movies had now been relegated to “cheesy” status in favor of trends that are, in retrospect, just as cheesy, they did realize this was a movie about people born with the power to control minds, the weather, their appearance at will, or lasers shot from their eyes, didn’t they? The audience should totally believe this is possible because, you know, evolution and DNA and science stuff, but spandex?! Who in their right mind would fight bad guys in spandex?! Obviously they would craft full body suits made out of leather instead, despite the fact that dyed cowhide offers no protection whatsoever against a guy who controls magnetism itself.

And if it’s not for defense, then the leather is for what, maneuverability? Watch the DVD’s special features and you’ll see Cyclops himself, James Marsden, tell the hilarious story of how none of the actors could lift their legs up over a two-foot seawall to get to the Statue of Liberty, never mind fight anyone inside of it. In other words, if we can suspend our disbelief and enjoy mutants protecting a world that fears and hates them, we can probably buy into them showing off their gifts in spandex.

As previously noted, this was a decade and a half ago. Just two years later, “Spider-Man” was released and Spidey wore one of the most comic-accurate costumes to date, minus the unnecessary shininess. While it seemed to be more rubber than spandex (Where did Peter Parker get this material, and what did he use to craft it into a perfect suit?), it was the suit we all knew and loved since the ‘60s, and Sam Raimi’s blockbuster went on to be one of the highest-grossing movies all time. That’s a lot of people who were totally cool with Spider-Man looking like Spider-Man.

Yet Wolverine has appeared in six movies (seven if you count his cameo in “X-Men: First Class”) and the scruffy Canadian has yet to wear anything even remotely resembling his real costume, particularly his iconic mask. That’s why it was shocking when Ryan Reynolds revealed his suit for the upcoming “Deadpool” movie on Twitter the other day and it was a dead ringer (ugh, my apologies for that pun) for his comic counterpart, superfluous pouches and all. I didn’t think Fox ever had it in them.

You see, while every other superhero franchise, particularly the “Avengers” series, by every other studio has embraced the silliness and owned it, the X-Men still fight in plain clothes or tight leather. Even some of the super serious movies by DC and Warner Bros. feature (or will feature) costumes we know and love, though their characters apparently wash them with their dark clothes. (That’s a column for another day.) This may seem trivial, but this Deadpool costume had to be perfect, especially after the atrocious “X-Men Origins: Wolverine.” When the witty, sarcastic “Merc with a Mouth” gets his mouth sewn shut for the majority of his appearance, one has to assume that the writers not only hate the material they’ve been given to work with, but the audience it’s intended for as well.

“Deadpool” was essentially greenlit only because some animated test footage leaked, showing a pitch an actual fan of the character would make, and the reaction was so overwhelmingly positive and the demand was so great that they would have been stupid not to make it, though these are the same people who rejected the pitch in the first place, so you really have to spell things out for these executives.

Let me continue to do so – we want comic-accurate costumes in our movies. Attend any pop culture convention and you’ll find a good portion of its attendees dressed like their favorite characters, often in handmade costumes that look better than what some overpaid costume designer came up with for the film versions. Why can a fan do it for a few hundred bucks but a studio with millions can’t? Even Marvel Studios is guilty of it sometimes – is Hawkeye just a dude in sunglasses who happened to walk into the Battle of New York? Did the Scarlet Witch just shop at Hot Topic before she joined “Avengers: Age of Ultron?” When Loki wore his big-horned gold helmet, nobody batted an eye because Tom Hiddleston was so badass that he pulled it off. The actors are being paid to carry the weight of the material, so let them earn their massive paychecks.

Reynolds especially has a lot to make up for. For a self-described fan of Deadpool, he sure didn’t opt out of the script or demand changes in “X-Men Origins” that he had to know were downright awful. He gets five minutes of screen time before being turned into a ridiculous hodgepodge of all the other characters’ powers, and if that wasn’t ridiculous enough, out come the massive swords from his forearms that would have split his arms in half if he ever bent his elbows. If Wolverine ever pulled his mask on in that film, the audience would have stood up and cheered. When I unfortunately paid to see this, there was audible laughter in the theater when Deadpool’s impossible arm blades were unsheathed. Which one is more “realistic” again?

“Deadpool” is a rare instance where a studio is essentially rebooting a character because of the mistakes they made in a previous movie, but they’re actually keeping the same actor and letting him have another crack at it; Ryan probably wishes he could do the same with “Green Lantern.” I think he can still do right by Wade Wilson, and that begins with the costume, which they obviously nailed – even the absurd tone of the photo shows that they’re embracing the Regenerating Degenerate’s inherent goofiness. It’s about time. When you get the look right, the rest just seems to come naturally – look at how Iron Man and Robert Downey Jr. have become synonymous.

The “Deadpool” image, just his appearance, says so much, and what did it cost? A few hundred dollars? I’ve seen people shrug and say “meh” when they watch a trailer packed with big explosions and slow-motion action sequences rendered with the latest and greatest special effects computers can generate, yet with one image that likely won’t even appear in the final film, Fox already has millions of people willing to forgive, forget, and shell out more money. It took them a decade and a half, but they’re finally starting to get that these characters have been successful for a reason, and it’s not because they’re “gritty” or “realistic” – it’s because they allow us to live out our fantasies, to imagine a world where crazy things could happen to ordinary people and they could rise to extraordinary heights. And they look cool doing it in cool costumes – just watch an episode of the fan-made YouTube series “Super Power Beat Down” and you’ll see just how cool.

The clothes really do make the Superman, and while none of these screen costumes are 100 percent spandex, just having Captain America wrapped in the star-spangled banner or Thor sporting his long red cape and heavy armor is good enough for me. Hugh Jackman announced that he’ll be playing Wolvie “one last time” in another solo movie after “X-Men: Apocalypse” comes out in 2016, which means he has just two more chances to strap on the gloves and pointy mask. At this point, with the continuity mess that is this franchise, Logan doesn’t need an on-screen reason to suit up – he should just do it, and when he’s epically stabbing one of the X-Men’s greatest enemies in the chest, Cyclops certainly won’t be laughing at a little yellow spandex.