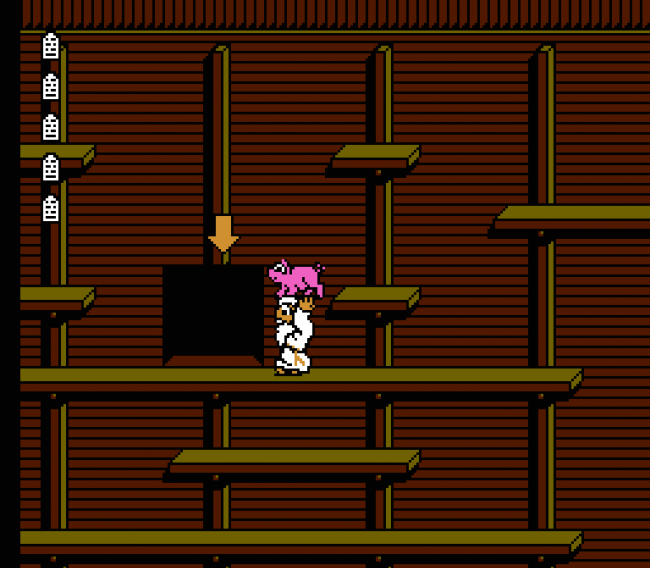 I respect all religions, but it’s no secret that religion really doesn’t mesh with a lot of other things in this world, and I’m here to tell you, genuinely, from the bottom of my heart, that this is especially true of the world of video games, with today’s subject on Turn to Channel 3 serving as a prime example.

For the second entry in Foolish Games Month, we will be taking a look at a game that, well… it meant well, with nothing but good intentions, but what it left the video game industry with for many, many years to come was nothing but laughter, confusion, and the belief that no matter what god you believe in, chances are, they want nothing to do with today’s topic, “Bible Adventures.”

Now for those of you who are unfamiliar, “Bible Adventures” was a game created by a company known as Wisdom Tree, which certainly carries some irony with it just in name alone, and it was what is known as an unlicensed NES title, which means it did not get that glorious Nintendo seal of approval on it, so there’s a huge red flag for you right off the bat. Released in 1991, it came in either a black cartridge or, more commonly, in a hideous baby blue cartridge.

Oh, and Sega fans, before you snicker, your glorious Sega Genesis made the same mistake four years later when the game was rereleased on that console. No one was safe from this plague against the video game industry, it seemed.

So what makes this game so infamous in the eyes of so many retro gamers? Well, against my better judgment, I decided to sit down and play this title again, on my own, without a friend to help shield me from the pain that was sure to come. Sigh. The things I do for my adoring public.

While the soundtrack to this game is far from life-changing, the bigger issue here is the lack of variety, most of all. You have what sounds like an old music box playing during the title screen, and then pretty much everything else in all three games is more like ambient noise than music, and if you’re into that sort of thing, then by all means enjoy, but when gamers are often quoted as saying that the “music” in this game makes them want to stab someone, you know why critics of religion say there’s so much violence surrounding it.

You’d think a company called Wisdom Tree would have the, well, wisdom to know that good soundtracks bring gamers in, regardless of why they had purchased the game to begin with. The sound effects are no better, with the sounds of animals and jumps being pretty much the only sounds you have, and none are quite that grabbing.

While I can’t speak for everyone who has ever played this game, my biggest complaint is that the game truly feels like a prototype, an unfinished game that was rushed to the shelves. If by some chance you don’t believe me, or have some false hope that I’m over-exaggerating here, consider this. As you play through the “Noah’s Ark” game, you realize that there are some rather glaring problems with some of the creatures you encounter – you know, like squirrels climbing the clouds or monkeys throwing what appears to be their own poop at you. I knew Biblical times were difficult and dangerous, but this isn’t what I remember reading. This ties into the gameplay issues I will tackle in just a bit, but I want you to keep that image in your mind of hyper squirrels, perhaps stealing some incense, embalming fluid, or some tainted holy water and feeling like it is their destiny to climb the clouds in search of the Holy Grail of chestnuts.

If that’s not enough for you, consider the limited and rather bland levels in all three of these games. Noah’s ark looks less like an ark and more like a backroom at a Sam’s Club. (Noah was a visionary, after all.) If things aren’t crazy enough for you, take a good look at the horses in Noah’s ark. I don’t know about you, but they really look like they’re about to drop a deuce on Noah’s head. I’ve heard of a plague of locusts, but a plague of horse manure? I don’t think I read that chapter.

All right, so if the graphics are a glaring problem, the gameplay is a “can be seen from space” issue for sure. Where does one begin with “Bible Adventures” and the “stellar” gameplay issues? Some time should certainly be devoted to the fact that you can win in “Baby Moses” even if you should choose to throw sweet, innocent and, yes, somewhat annoying Moses into the river. The game merely tells you that you won but that you didn’t save Baby Moses, which is a nice way of saying, “You heathen! All you can think about is winning when Baby Moses is drowning!”

Noah and David both seem to be secret weightlifting and possible steroid junkies, as they can pick up and stack no less than four to six animals at a time, jumping and moving with them with relative ease. There are fake snakes and real snakes in Noah’s Ark, as well as eagles that can carry you away or knock you on your butt. Don’t like Egyptian guards or spiders? Stack them on your back or, since you have no real weapons, just throw Baby Moses at them. I’m not a super religious person, but I’m certain child abuse is frowned upon, even in relation to this poorly made video game.

Are you psyched to be facing Goliath? Well, be prepared to wait a while, because Wisdom Tree believes you need to know the finer points of sheep herding fist. Remember when Lucas in the movie “The Wizard” said, in reference to the Power Glove, “It’s so bad?” Yeah, throw that line in there about the gameplay, found here no less than 14 times.

If you’re a serious collector, and by that I mean so serious you buy games like “Barbie” and those “Sesame Street” NES titles, then sure, you should probably subject yourself to this atrocity to the retro gaming world. However, if there’s no sound and relatively sane reason for you to play this, please avoid it at all costs. Remember, if God, Jesus, the apostles, or even the innkeeper won’t admit to playing this game, chances are, despite 350,000 sales of this game in Christian bookstores, you shouldn’t be one of them who does.

Well, we survived. To continue on with this unplanned theme of religious games, next time here on Turn to Channel 3, we look at a game on the SNES that really should have stayed in the mind of the person who came up with it and never, ever come out to see the light of day. The Bible is great, but how great is it… in 3D?

While you ponder that, I’d just like to apologize for this month ahead of time. I hope you still want to read my columns once May comes into town. Game on!