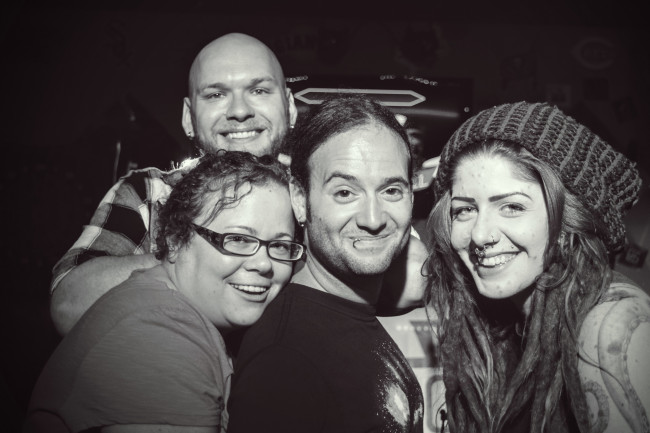 We asked Whittle, a 25-year-old West Pittston resident, about winning Week 2 with two very original songs and their own take on “Habits (Stay High)” by Swedish singer/songwriter Tove Lo.

NEPA SCENE: How did you hear about NEPA Scene’s Got Talent, and what made you decide to come perform last week?

AARIKA WHITTLE: Grant Williams brought up the idea of competing at band practice. He competed last season and said that it was a really great event that we should take part in.

AW: I sing and play rhythm guitar. I’ve been singing all of my life and decided to pick up and teach myself acoustic in 2007 so I had something to back my vocals. I’ve been writing original music for about three years, and I’ve been performing locally for close to five years.

NS: How did Umbriel get started?

AW: I’ve been playing my originals solo for about two years and always felt like I needed a full band to “fill out” the sound; my songs were missing something. After a gig, Grant Williams came up to me and mentioned that he was interested in doing some bass on my songs. From there, we discussed percussion. Shiny was on the same bill that night, and we walked right up to him and asked him to join. About a week later, after our first jam, Shiny played some of our recordings for Katie Kelly and she asked to jump in on the project. Umbriel just kind of fell together, and it was the perfect blend of styles.

NS: Is the band working on anything currently?

AW: We are! We practice very week and are working on a lot of new original stuff.

NS: How do you describe the band to those who haven’t heard you yet?

AW: “Different.” I think we are really unlike any other local music. We call it “acoustic indie soul.”

NS: Is this band something that you’re pursuing as a career or is it just for fun?

AW: We’re just having a lot of fun right now and seeing where things take us.

NS: Tell us about the inspiration behind your song “Cats in Space.” That has to be a good story.

AW: It’s funny because I was going through a really rough time in my life. I spent the night with a comedian friend of mine, and we had a few too many drinks together and came up with this story of a cat that ventures to space, and the song just came out. It was the first song I’d written that wasn’t about a breakup or negative happening in my life.

AW: I think that we just have a lot of fun together, and the audience can see that.

AW: Well, we’re paying for some graphic design work from a good friend of mine, Justin Togail. He does impeccable work.

AW: We’re excited to hear all of the other winners play and to debut some new original music!

AW: Our local scene is beautiful. I love the sense of community and the coverage that entertainers get from events like this. Honestly, I wouldn’t change anything.

AW: Everyone in the band has other music stuff going on outside of Umbriel, so any of us are playing any other weekend. We haven’t currently been booking for Umbriel, but there will be many shows in the near future.

AW: At this time, we haven’t released any music online. You can find us on Facebook. We look forward to recording and releasing our original content.