When we last featured Scranton singer/songwriter Edward Cuozzo back in January, he had released his first solo acoustic album, “The Silvia EP,” and was hard at work on a full-length electric record. Since then, the project, while still written and performed by Cuozzo on all instruments, has turned into something else entirely – University Drive.

“I kept thinking about it, and I wanted the songs to have somewhat of an identity. I had originally planned on releasing the record under my name, but the closer the album was coming to completion, the more I felt they deserved some sort of title,” Cuozzo told NEPA Scene.

“I had a bunch of names, but I was out driving one day and I passed University Drive, and I don’t know why I liked it so much, but I loved the way it sounded when I said it. I started to dig a bit deeper and think about what it could ‘mean,’ and I thought of it like someone having the ‘university drive’ to do great things, or in a smug way – someone looking down on another because they don’t have the ‘university drive.’ I just liked it and felt it fit the sound of the songs.”

NEPA Scene is thrilled to give our readers the very first listen to that sound with the exclusive premiere of the debut single from University Drive, “Only in the Way,” with the above lyric video by Mike Kapolka that features art design by Desiree Vispi.

“I asked my friend Desiree Vispi if she could draw me up anything for the single. I just needed something that said the project name and song title. She got back to me with it in like a day, all her art direction, and I absolutely loved it,” he explained.

“I then reached out to Mike Kapolka to do a lyric video. I’d seen Mike’s work with a lyric video he did for his band, Down to Six, and one he did one for James Barrett and I loved them. I reached out to him to do one for this song, and I love his approach. Both Des and Mike are super talented people.”

Fans of Cuozzo’s former band, A Social State, should dig the new track, which retains some of the mystery and emotion of his previous work in that group while taking an intriguingly bold new approach. The song went through a complete overhaul before the dark, fuzzy tune saw the light of day.

“The song used to have a completely different lyrical theme. It was originally about an old guy getting drunk at a bar and then ranting to the younger people about the golden oldies, the good old days… It was a bad concept,” Cuozzo admitted with a laugh.

“But I reworked it and tried to infuse more poetic lyrics and blur the meaning a bit. As for where the lyrics and song meaning stands now, I don’t want to explain too much, but I guess you can say it’s kind of about trying to deal with when you are the problem in a situation. It’s about identifying it, but not wanting to face it – distracting yourself with TV, booze, whatever you use to hide from your thoughts. There’s a little more to it than that, but I like the mystery factor, and I hope people find their own meaning within the words.”

The album, which is being recorded with Joe Loftus and Jay Preston at JL Studios in Olyphant, is very close to completion and due for release later this year. As for its title, Cuozzo is characteristically tight-lipped.

“There is an album title,” he said. “I don’t know if I should give it away just yet, though.” 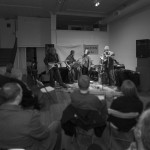 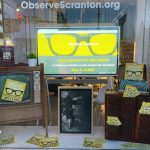 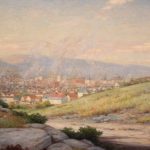