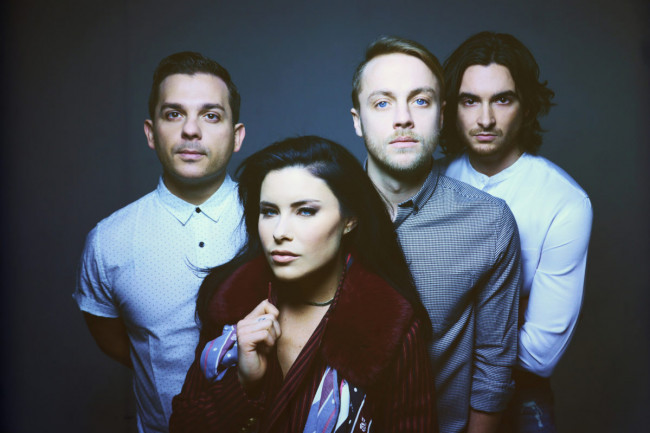 The Electric City Music Conference gives local music fans a massive overload of great music to listen to while providing all kinds of opportunities for local bands. In recent years, bands from across the country have also streamed into Northeastern Pennsylvania to participate in the annual event. Today, we’re highlighting 10 acts from outside the area that deserve your attention when they play here next weekend.

The Electric City Music Conference begins on Thursday, Sept. 13 with the Steamtown Music Awards and continues with live music at 13 different venues on Friday, Sept. 14 and Saturday, Sept. 15.

The ECMC says: “We’ve been working with Will’s management to break him into the Scranton music scene for about a year now. His music is energetic, sincere, and honest. Seeing him live is an entirely engulfing experience.”

The ECMC says: “Seven Story Fall was the first band that we selected from Sonic Bids this year. I was immediately caught by the catchy hooks and melodies. I’m a sucker for pop punk, and they have mastered the genre. Fans of Plain White T’s, Mayday Parade, and The Maine will love these guys.”

The ECMC Says: “It’s wild that The Human Circuit are from Austin, Texas. Their new album, which is amazing, is actually called ‘Electric City.’ Their drummer is also Nathan Montella. He’s actually an NEPA native that moved to Austin. Local music fans will remember him from the duo Skip Monday. The Human Circuit have a big sound and are on the fast track to major success.”

The ECMC says: “Kulick is on RCA Records. I believe he’s the first band from a major record label to play the Electric City Music Conference. This dude is blowing up. His video ‘Ghost’ has almost 600,000 views on YouTube. We’re excited to have him. If you like Imagine Dragons and Twenty One Pilots, you’ll love him!”

The ECMC says: “I saw the Foxfires at a music conference in Harrisburg last year and was blown away. When they applied to play the ECMC, we accepted them immediately. Their music is catchy, melodic, and flat-out beautiful. It’s pop rock with a sophisticated and socially conscious with calming nature to it. Comparing them to U2 is an oversimplification, but it works.”

The ECMC says: “Mike Nappi came to us as a referral. My friend lives in West Chester and asked me to check him out. Generally, I don’t check out bands recommended by said friend because he loves Asher Roth and Trapt. But, thankfully for us all, I did. Nappi has the a flow and delivery reminiscent of Eminem, with catchy verses that he sings as well. There’s hip-hop, jazz, funk, rock, and reggae mixed into his sound. Don’t miss this one.”

The ECMC says: “Spirit Houses is the solo project of Mikey Ireland. For those who aren’t familiar with Ireland, he was in I Am the Avalanche. His solo material is a departure from the gritty punk rock. His songs are haunting and beautiful, reminiscent of Bright Eyes or Death Cab for Cutie, yet all their own.”

The ECMC Says: “Young Thieves came to Scranton to play the Lackawanna Music Festival and absolutely tore the roof off the place. Their music is filled with perfectly crafted pop anthems. I’m glad we have them on the conference this year, because they’re about to be ‘the next big thing.’ We’ve paired them up with Black Tie Stereo. Expect an epic party.”

The ECMC says: “Crystal Clayton is coming in all the way from St. Louis. Let’s give her a hand just for that. She’s a pop singer that falls into the new edgy category of divas that includes the likes of Halsey. Her voice is powerful and from what I’ve seen, her live performances are amazing.”

The ECMC says: “His Dream of Lions are going to be pop rock royalty. The band is coming in off tour and we’re excited to have them. They remind me of music that I want to listen to at a party or on the beach.”

See NEPA Scene’s photos from the 2018 ECMC announcement party here and read the full 2018 conference schedule here. See photos from the 2017 Steamtown Music Awards here and the entire Electric City Music Conference here. Stream or download last year’s ECMC panel discussions as free podcasts here. Listen to Caviston and Norton talk about the conference and the awards in depth in Episode 26 of the NEPA Scene Podcast: