Northeastern Pennsylvania bands collaborate all the time, but it’s rare to find two sounds that work so well together that they could not only share an album, but sing in each other’s songs and cover each other’s music, bringing new dimensions to their respective work.

A Fire With Friends has been making indie/alternative rock for over a decade, becoming one of Scranton’s most loved and respected acts with as many as seven members at a time, all with their own individual musical projects. While singer Amanda Rogan has been writing her own songs for about as long, her indie folk band Sweetnest only recently debuted in the Scranton music scene with their first album “Until Now” in 2018, followed by the dreamy single “Baby” that premiered on NEPA Scene last year.

Today, NEPA Scene is thrilled to give everyone their first listen to “Bearings,” a four-song split EP that melds both projects perfectly, available now for streaming and/or download on major digital music platforms like Spotify, YouTube, Amazon, and CD Baby. Rogan and AFWF singer/guitarist Daniel Rosler share vocal duties on the opening two tracks, then deliver their own take on each other’s tunes for the closing half.

“Dan and I started writing together over coffee almost a year ago, bouncing ideas off of one another and trying out new material. We each had songs in mind we wanted each other to be featured on, and one day we decided to release them together as well,” Rogan told NEPA Scene.

“I really wanted Amanda to sing on one of our songs, ‘White Owl,’ and she, in turn, invited me to sing on ‘Detached.’ I pitched the idea of releasing a split because we had sort of already crossed over into each other’s worlds, so I figured, ‘Why not?’ Amanda thought it would be cool to do covers of each other’s songs, and I’m been fond of ‘Chin Up’ since I first heard it. The lyrics feel very personal to me despite not having written them,” Rosler explained.

“I’ve wanted to collaborate for a while because I love their music and Amanda’s voice. I think it was [my Esta Coda bandmate] Jay Preston who showed me first. Their record floored me, honestly.”

“Matt Malone, our guitarist, grew up with Dan and other local musicians and friends (Ed Cuozzo, Scott Jordan, etc.), so naturally he introduced me to all of their amazing work. I had wanted connections within the scene, and he really made that happen for me. I’m really grateful for that,” Rogan continued.

“Hearing A Fire With Friends for the first time left me stunned, impressed, and honestly pretty emotional. From Dan’s lyrics to every intentional aspect of their music, it truly has a place in my heart. A few years ago when I was recovering from a surgery, they released their album ‘Polaroids’ and I remember listening to it every day. At moments it felt surreal to be able to write with Dan and release this split with the band because of the amount of respect I have for all of them.”

That mutual love and admiration shines through on “Bearings,” a name taken from a line in album opener “Detached” – “a cold touch without feeling, at times I lose my bearings” – which Rogan said “is essentially a comment about mental health, distancing, and dissociating.”

“I think both of [Sweetnest’s] new original songs speak of something similar in the sense where we are really honestly taking a look, self-evaluating, and paying attention to how we are perceiving our own individual worlds, as well as how we are existing in the world, living with our own internal battles, which everyone in the world is doing. I think there was also a mutual feeling of struggling with loss and the loss of self.”

“’White Owl’ is one of the more personal songs I’ve written in recent memory. Honestly, I’ve been struggling to fend off this idea that won’t leave me alone, which is ‘maybe nothing matters.’ This sort of amateurish nihilism might even induce eye-rolls, and who could blame you? It sounds like it stepped off the page of some LiveJournal entry circa 2006 – and yet, I can’t shake it,” Rosler shared.

“Naturally, I think this has been magnified from the seemingly endless loss of family and loved ones in recent years; around every corner I felt like I was seeing death. I had read somewhere that a white owl, in some cultures, represents death. In others, of course, it symbolizes wisdom, and so on. It’s a beautiful reminder of the ways in which one object can be understood and represented differently. And what if the wisdom is precisely that death is always lurking around the corner? We are all in a constant state of vulnerability to a world which is inherently out of our control. This is both comforting and terrifying to me, but it’s also a good foundation for ethics, as someone like [Emmanuel] Levinas or Judith Butler might argue, if such pretentious references can be forgiven.”

Both artists’ philosophical, poetic styles came together at JL Studios in Olyphant, where Joe Loftus and Jay Preston “helped this idea really come to life.”

“We also chose to cover one of each other’s songs in our own style. This was a fun and challenging process, and we couldn’t be happier with the outcome. We recorded them separately and, after they were complete, showed them to each other 100 percent brand new,” Rogan recalled.

“Dan and I ran into each other at a local café and sat in the car listening to the finished tracks. It was a pretty powerful moment, and I was so amazed with the amount of work he put into ‘Chin Up.’ ‘Without Words/With Inwards’ was always my favorite track off of ‘Polaroids,’ and I couldn’t wait to put my own spin on it and try to do it some justice.”

Despite being fans, friends, and now collaborators, Sweetnest and A Fire With Friends have never actually performed together, but that will change on Friday, Feb. 21 when they’re joined by Permanence, Old Charades, and American Buffalo Ghost at Stage West (301 N. Main Ave., Scranton) at 9 p.m.

“We are going to promote the EP as well as aim to get on more Spotify playlists. Getting traction on there has helped spread our music across the country,” Rogan said.

“We are still currently in the process of finishing our second album/EP, which features entirely new music written within this past year, whereas our debut album had some songs written up to 13 years ago. That will be our focus, to put that out early spring. We are hoping to put on a release show but haven’t settled on a date yet.”

Over the past year, AFWF has been recording a follow-up to 2017’s full-length “Polaroids” that will be released either as singles or EPs as they work on a new configuration of the ever-changing band.

“A Fire With Friends will likely release either an EP of new songs or this other release I’ve been putting together to re-release our previous EPs that are less available online right now, with some added surprise tracks,” Rosler said.

“We’ve also started figuring out ways to play more frequently, which will likely happen with some stripped-down, acoustic-y versions of the band. While this might not be ideal, it is still better, to me, than not playing live at all. Plus, in a way, it’s a return to our roots, so to speak, insofar as this band was born as an acoustic trio.”

“Special thanks to Steve Werner for playing drums on ‘Detached’ and just a huge thank you to NEPA Scene and the community for supporting us. The EP will be available on all streaming platforms, and we may do a merch run at some point,” Rogan left off.

“A constant thank you to anyone who listens,” Rosler added. “Honestly, in this digital age, there’s so much competition for someone’s attention, so I truly do appreciate those who have chosen to give these songs a spin.” 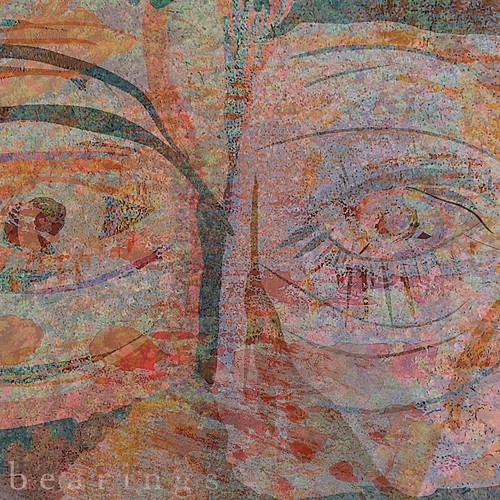