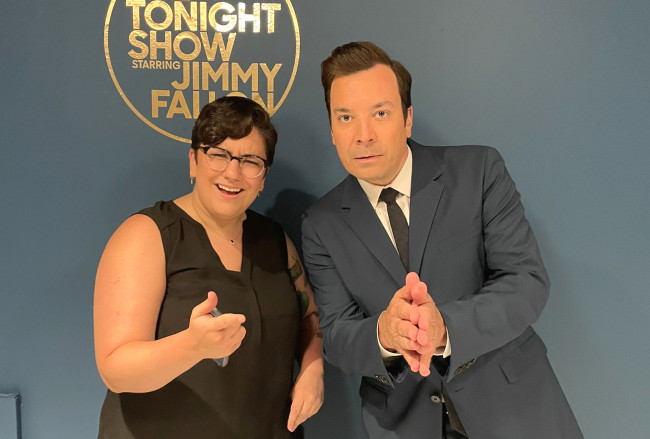 Performing at Studio 6B at Rockefeller Center in her current home of New York City, she joked about flying on a tiny plane, accidentally getting a “Karen” haircut, violent video games, being bad with money, the NBA being gentler than the NFL, and funny moments with her mom and three brothers.

Fallon plugged her debut comedy album “Logging Out,” which was released on March 13, 2020 – the same day a national emergency was declared in the United States. Thankfully, the country and her career has bounced back since then.

“Still in disbelief I got to meet Jimmy Fallon and do stand-up on [“The Tonight Show”] yesterday. Thanks again for having me! My set is on YouTube as of this morning. Please watch and then retweet it so I can keep this dopamine rush going indefinitely,” she tweeted this morning.

She also had the opportunity to meet another guest on the show, actor Gaten Matarazzo, best known for playing the lovable Dustin Henderson in the hit Netflix series “Stranger Things.”

“I did not tell Gaten that I went as Dustin from ‘Stranger Things’ for Halloween in 2018, but he knows now because I tagged him,” Ruddy said in a follow-up tweet.

The 30-year-old comic made her network television debut in early 2019 on “The Late Show with Stephen Colbert” on CBS, a spot that helped her book tour dates across the country and score a dream job with another “Daily Show” alum, Samantha Bee, on her late-night TBS show “Full Frontal.”

“The majority of my job is thinking of funny tweets and video ideas for online. I love it.”

Named one of “50 Funniest People in Brooklyn” by Brooklyn Magazine, Ruddy has performed at major comedy events like the New York Comedy Festival, San Francisco Sketchfest, and Melbourne International Comedy Festival; headlined Carolines on Broadway; appeared in Comedy Central sketch videos and Marvel’s “Eat the Universe” cooking show with celebrity chef Justin Warner; wrote for popular websites like CollegeHumor, Someecards, Reductress; and served as an announcer for the annual New York City Pride March, which she did again recently on June 26.

.@FallonTonighr comes on in 5!!! In this photo I’m telling him how often I watched my SNL Best of @JimmyFallon tape as a kid. pic.twitter.com/QxIAk6JvWe 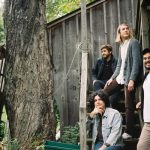