From a press release: As Scranton’s St. Patrick’s Parade returns to its rightful place in March this year, the Scranton Cultural Center at the Masonic Temple will once again participate in the festivities. Outside, the parade steps off at 11:45 a.m. on Saturday, March 12, so the Cultural Center’s annual Parade Day Party will begin […]

The Scranton PorchFest has published an interactive map that marks all the creative locations participating in this first-ever event on Saturday, March 20 through Sunday, March 28. The annual St. Patrick’s Parade has moved from March to September due to COVID-19, so the theatrical organizers behind the Scranton Fringe Festival started PorchFest to encourage locals […]

Over the past year, everyone has had to adjust to doing more at home. Now, even a citywide celebration can happen from the comfort of your front porch. Just a few weeks ago, the first-ever Scranton PorchFest was announced, not long after residents learned that the annual St. Patrick’s Parade was moving from March to […]

On Sunday, the Scranton St. Patrick’s Parade Association announced that it will move its annual event from March to Saturday, Sept. 18, and today, Mayor George C. Brown followed suit and postponed the Wilkes-Barre St. Patrick’s Day Parade to Sunday, Sept. 19. These are tentative dates, as the onset of the coronavirus pandemic postponed and […]

Lewis “Lew” Williamson, the Scranton resident who played Santa Claus in every Santa Parade in downtown Scranton since 1993, has passed away from COVID-19. The sad news was confirmed by his wife Maureen Williamson in a public Facebook post on Jan. 4, just over a week after Christmas. “With my heart broken, I have to […]

From a press release: Scranton Irish folk singer/songwriter Mickey Spain will play a free show in the Chandelier Lobby of the F.M. Kirby Center in Wilkes-Barre during the city’s 39th annual St. Patrick’s Day Parade on Sunday, March 10 at 2:30 p.m. This event is free and open to the public. Lobby doors at the […]

A sea of roughly 800,000 spectators (and many fishy creatures) came ashore for the 36th annual Coney Island Mermaid Parade which, unlike last year’s rainy but still fun day, featured beautiful weather to complement its beautiful people of all ages and backgrounds marching in creative, colorful, and often revealing attire. Appropriately, the largest art parade […] 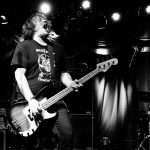