Following a signing last week with Scranton metal band Motionless In White, the Gallery of Sound in Wilkes-Barre announced today that fellow Scranton rockers Tigers Jaw will be meeting fans and performing a short set at the record store on Monday, June 26 at 7 p.m. following the anticipated release of their new album, “Spin,” […]

10 years in, Scranton metal band Motionless In White are as fan-driven as ever, putting them in their music videos, interacting with them at workshops at the Vans Warped Tour last year, and asking them design the cover of their new album. With the song “570,” it’s clear that they haven’t forgotten where they came […]

Philadelphia punk band The Menzingers returned to their hometown area on Saturday, Feb. 4 to celebrate the release of their new album, “After the Party,” at the Gallery of Sound in Wilkes-Barre, and the Scranton natives were greeted with over 270 fans that nearly reached the small store’s capacity. The band played stripped down acoustic […]

Not long after their annual hometown Holiday Show in December in Scranton, The Menzingers will be back in Northeastern Pennsylvania to play a special album release show on Saturday, Feb. 4, 2017 at 4 p.m. at the Gallery of Sound in Wilkes-Barre. The all-ages intimate concert and meet and greet is free, but space is […]

From a press release: Bruce Springsteen is the poet laureate of rock ‘n’ roll. For his body of work, he has earned 20 Grammys, two Golden Globes, an Oscar, and induction into the Songwriters Hall of Fame and the Rock and Roll Hall of Fame. A seven-year labor of love, his autobiography, “Born to Run,” […]

From a press release: Days after the release of their new album and the start of their tour with Scranton’s The Menzingers, New York City punk rock band Bayside will hold an acoustic release show and meet and greet with an autograph signing at the Gallery of Sound in Wilkes-Barre on Monday, Aug. 22 at […] 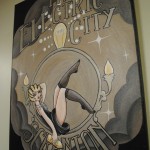 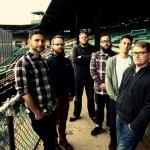