From a press release: Community theatre group Actors Circle will present the classic play “On Golden Pond” by Ernest Thompson at the Providence Playhouse in Scranton on Thursday, July 8 through Sunday, July 18. Originally, the show was scheduled for March 19-March 29, 2020 but was canceled due to the pandemic. These new dates will […]

From a press release: Over 460 days after the Mohegan Sun Arena at Casey Plaza closed its doors due to COVID-19, the Wilkes-Barre Township venue made its first post-pandemic indoor show announcement today. Disney on Ice presents “Mickey’s Search Party” is bringing magic to audiences of all ages through dynamic moments that take place on […]

From a press release: The F.M. Kirby Center in Wilkes-Barre announced today that “Dinosaur World Live,” an interactive children’s theatre show that brings dinosaurs to life on stage, has been rescheduled to Friday, Jan. 14, 2022. The show was originally scheduled for March of 2020 and then rescheduled as “Dragons and Mythical Beasts” due to […]

From a press release: Drew Taylor has been announced as the new executive director of the F.M. Kirby Center for the Performing Arts in Wilkes-Barre. He joined the Kirby Center in June of 2002 and previously served as the downtown venue’s director of operations prior to being named managing director in October of 2019. Before […] 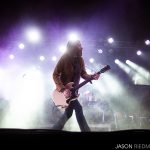