A controversial new bill introduced by Philadelphia City Council last week that would require venues hosting live music or DJs to submit the personal information of performers to the police department has caused major backlash from the city’s music scene. Introduced by Councilman Mark Squilla on Thursday, Jan. 21, the amendment to the current licensing […]

I’ve always had a high opinion of Scranton, and these days, I’ve been falling in love with it even more. Northern Light is my idea of the perfect coffee shop. Eden is the place to go for vegan delights. I visited Adezzo for the first time last week for a volunteer meetup of the Scranton […] 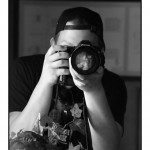