From a press release: Continuing its commitment to presenting world-class musical talent, Performance Music at the University of Scranton will spotlight the work of guest composer/conductor Javier Nero at its 39th annual World Premiere Composition Series Concert on Saturday, April 30. The show will begin at 7:30 p.m. in the Houlihan-McLean Center (342 Jefferson Ave., […]

From a press release: Today, Grammy-winning hard rock band Halestorm announced a summer tour with The Pretty Reckless and special guests The Warning and Lilith Czar on select dates. Produced by Live Nation, the 16-city tour kicks off on July 8 in Detroit at Michigan Lottery Amphitheatre at Freedom Hill, making stops across the U.S. […] 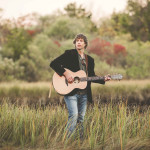