From a press release: In early 2020, the Lackawanna County Library System announced that bestselling author David Sedaris, whose personal essays and humorous social commentary have earned him recognition as one of America’s greatest living humor writers, would deliver the American Masters Lecture that year. The pandemic delayed those plans a few times, but tickets […]

From a press release: As Scranton’s St. Patrick’s Parade returns to its rightful place in March this year, the Scranton Cultural Center at the Masonic Temple will once again participate in the festivities. Outside, the parade steps off at 11:45 a.m. on Saturday, March 12, so the Cultural Center’s annual Parade Day Party will begin […]

From a press release: Today, Live Nation announced that its Lawn Passes will return for the 2022 summer concert season and be available at 30 different venues. With this limited edition pass, fans can attend concerts at their local amphitheater all summer long, including select sold-out shows. First introduced in 2018, the Lawn Pass can […]

From a press release: It was announced this week that New York City indie folk rock act Wild Pink will perform at Karl Hall in downtown Wilkes-Barre on Thursday, April 28. Two of Northeastern Pennsylvania’s own indie folk/Americana bands, Joe Burke & Co. from West Pittston and Noxen from Wyoming County, will open the all-ages […]

From a press release: Their next big blues festival isn’t until July, so as an extension of their mission to bring quality music acts to the region, Briggs Farm Concerts will host a monthly concert series at the Nescopeck Township Fire Hall in partnership with the Columbia-Montour Visitors Bureau. The first of four concerts in […] 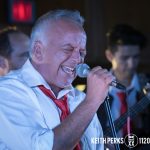 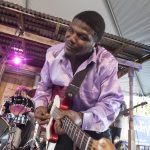