For 85 glorious minutes on Saturday, Feb. 13, the jangling guitars and scrumptious harmonies of the Gin Blossoms rocked a near-capacity crowd at Mount Airy Casino Resort in Mount Pocono. The quintet from Tempe, Arizona took the stage inside Gypsies at 8:15 with “Don’t Change for Me,” the leadoff track from the band’s fifth and […]

For the second consecutive year, Cabinet held a two-night holiday party for its hometown fans at the F.M. Kirby Center for the Performing Arts in Wilkes-Barre, spreading the joy of the season and the miracle of Pennsylvania bluegrass. “It’s good to be home, folks!” JP Biondo said as the six-piece band based in Scranton/Wilkes-Barre began […]

The holiday season in Northeastern Pennsylvania got off to a swinging start on Wednesday, Nov. 25 when the Brian Setzer Orchestra brought its 12th annual “Christmas Rocks!” tour to the F.M. Kirby Center for the Performing Arts in Wilkes-Barre. The Thanksgiving Eve concert featured a fine mixture of holiday tunes from the big band’s three […]

The golden oldies filled the F.M. Kirby Center for the Performing Arts once again on Saturday, Nov. 21, but the show almost did not go on. “It’s been a rough 48 hours,” concert promoter Joe Nardone said as he welcomed the audience to “The Best of Doo Wop.” First, he said, the Platters called two […]

For vinyl lovers, Black Friday is the second best day of the year. An offshoot of Record Store Day, which has been making limited-edition records available every April at independent record stores since 2008, Black Friday by Record Store Day has been coming into its own for the past four years. “We were part of […] 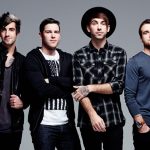 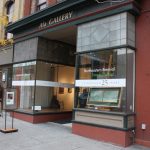