Greetings, friends, If the saying, “A picture is worth a thousand words,” is true, then I hope the words-to-dollars exchange rate is good because that would put local photographer/graphic designer Keith Perks somewhere north of a billionaire. For years, he has been capturing NEPA’s beauty, artistry, and originality in his photography, as well as helping […]

Greetings, friends, I hope your Thanksgiving weekend was plentiful and filled with many new memories. Hopefully you enjoyed last week’s topic of feeling and expressing gratitude, and maybe you were able to appreciate your blessings just a little more and/or recognize something new that you hadn’t noticed until now. This week’s installment will be short […]

From a press release: The Luzerne County Historical Society and the 143rd Pennsylvania Volunteer Regiment Co. A will present “A Civil War Christmas at the Swetland Homestead” from Dec. 4-7. Witness how units would use homes for winter quarters and field hospitals during the Civil War. Explore the house (885 Wyoming Ave., Wyoming) in this […]

Blue Chip Farm Animal Refuge has teamed up with NEPA Scene for Shelter Sunday, a weekly post that features one dog, one cat, and occasionally some surprises up for adoption in the hopes of finding them a loving home. Blue Chip Farm (974 Lockville Rd., Dallas) is a no-kill shelter, a place where no animal […] 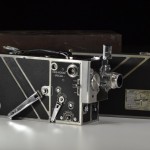