From a press release: For the 18th consecutive year, WVIA-FM’s “All That Jazz” with George Graham presents comprehensive coverage of the Delaware Water Gap Celebration of the Arts Festival. Enjoy 10 nights of extraordinary jazz music starting Monday, Nov. 2 at 7 p.m. on WVIA-FM. WVIA’s broadcast is presented in memory of COTA co-founders Rick […]

Every week of NEPA Scene’s Got Talent, our free open mic and talent competition at Thirst T’s Bar & Grill in Olyphant, we feature a quick Q&A with the latest audience vote winner, which was Plymouth percussionist and drummer Fred Emmett on Oct. 20. The weekly winner receives $50 in cash, courtesy of Fireball Cinnamon […]

Drummer Fred Emmett brought a big sound to the small stage at Thirst T’s Bar & Grill in Olyphant for a second time on Tuesday, Oct. 20 and took home the audience vote at NEPA Scene’s Got Talent. Playing several different types of drums, along with pots, pans, and buckets that kicked up a cloud […]

From a press release: The first annual Guy’s Expo, hosted by Guy’s Barber Shop, is coming to put some hair on Scranton’s chest. On Nov. 28, the shop is taking over the Hilton Scranton & Conference Center (100 Adams Ave., Scranton) for an all-day bash featuring rock music by Leash – A Tribute to Pearl […]

From a press release: It was announced today that two classic rock icons, Eddie Money and Starship featuring Mickey Thomas, will be performing together at the Sands Bethlehem Event Center on Friday, Dec. 4 at 7 p.m. Tickets, which are $35-$55, go on sale this Friday, Oct. 30 at 10 a.m. Tickets can be purchased […]

The Legendary Dobbs, the small Philadelphia music venue that has been host to many successful acts before they were famous as well as many bands from Northeastern Pennsylvania over the last 41 years, announced this morning that it is closing and cancelling all future events. The brief and sudden announcement was made via Facebook, offering […]

Possibly the best-named band to come through the area in years, Ringo Deathstarr stopped at The Other Side in Wilkes-Barre with The Kickback from Chicago for a night of alternative indie rock on Oct. 21. Playing at Kung Fu Necktie in Philadelphia the night before, the bands performed Wednesday evening with Scranton’s own Science Queen. […]

From a press release: Show your Halloween spirit all weekend at Mohegan Sun at Pocono Downs in Wilkes-Barre, with ghoulish harness racing, mischievous costume parties, wicked nightlife events, and more. A full list of events that weekend follows: Boo Bash Come as you aren’t! Boo Bash is back on Friday, Oct. 30 in the Keystone […]

From a press release: On Halloween night, Saturday, Oct. 31, one man reggae-jam band George Wesley’s Small Axe Orchestra will headline “Night of the Living Dread” with a loop-based live performance at the Hawley Silk Mill in Hawley. Produced by Harmony Presents, the show will also feature comedy by Neko White. “For over two decades, […]

One of Northeastern Pennsylvania’s funniest comedians earned the audience vote at NEPA Scene’s Got Talent on Tuesday, Oct. 13 with a hilarious set made up of both prepared material and improvised jokes. Scranton’s John Walton became the first comedian to win in Season 2 so far, though with so many strong comedy acts entering week […] 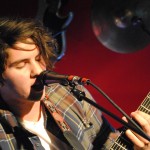