Clowns, couples, dogs, musicians, trophy winners, and male nudity – it’s all here at the Electric City Tattoo Convention. Entries in the Beautiful People of NEPA portrait series are rare these days, but I always have a private room just off the main floor of this annual convention at the Hilton Scranton & Conference Center […]

After surviving nine episodes of grueling competition, with new competitors entering the fray each week, local tattoo artist Derek Zielinski of Plains and his friend Thom Bulman, who he works with at Classic Trilogy Tattoos, were eliminated in the 10th episode of Season 9 of “Ink Master.” Premiering on June 6, the new “Shop Wars” […]

After holding its second annual event in Wilmington, North Carolina earlier this month, it has been announced that the Ink & Arms Tattoo and Gun Expo is coming to The Woodlands Inn in Wilkes-Barre for the first time on Friday, Nov. 10 through Sunday, Nov. 12. Organized by Good Time Tricycle Productions, Ink & Arms […] 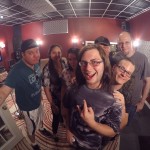 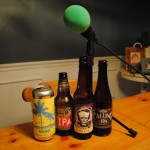