STRENGTH & FOCUS: Find time to meditate and discover the benefits

Meditation is the way of quieting the mind, relaxing the body, and connecting to the universe – a most valuable practice for the true self and an activity whose benefits can only be appreciated by doing. Last week, we focused our attention inward and (re)connected with our Self. We’ll continue our journey this week as […]

Greetings, friends, How are you doing today? I hope you enjoyed last week’s topic and found an opportunity to navigate through familiar territory while noticing something new and beautiful about your environment. Much thanks to everyone that e-mailed me to share their experiences and stories! Today we are going to discuss the idea of spending […]

PUTTING IN WORK: Music marketing? What?

When I was 26, I decided that I would leave the career I had spent my entire life in to pursue my passion for working in the music business. I had done well in the restaurant industry, but ultimately, it wasn’t what I loved. Although I’m not a musician, I can relate with loving something […]

Greetings, friends, and thanks for reading my debut column for NEPA Scene! This column will be focused on improving mindfulness and self-awareness with regards to mind and body. I’ll be covering a variety of topics, interviewing some amazing local and regional professionals/practitioners, and highlighting special events throughout the Northeast. I’ve always had an interest in […]

VIDEO: ‘What If? The Power of Possibility’ by Michele Dempsey Cunningham at TEDxScranton

TED Talks, or conferences that follow the motto “ideas worth spreading,” have become a global phenomenon since the nonprofit organization began posting them online for free in 2006. With the introduction of TEDx, which supports independent organizers who want to create TED-like events in their own communities, it was only a matter of time before […]

TED Talks, or conferences that follow the motto “ideas worth spreading,” have become a global phenomenon since the nonprofit organization began posting them online for free in 2006. With the introduction of TEDx, which supports independent organizers who want to create TED-like events in their own communities, it was only a matter of time before […]

From a press release: The Girls of NEPA have announced the release of their 2015 calendar, holding their fourth annual calendar release party at Breakers in Mohegan Sun at Pocono Downs on Wednesday, Sept. 17 from 7 p.m.-9 p.m. The 13-month calendar features 15 of Northeastern Pennsylvania’s most beautiful women with sponsorships from various area […] 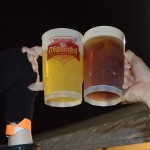