From a press release: Jam bands Railroad Earth and moe., who have both played at the Peach Music Festival in Scranton over the years, will be rocking together again on the Sherman Theater’s Summer Stage, located at the Pocono Mountain Carnival Grounds in Mount Pocono, on Friday, Aug. 25 at 6 p.m. Tickets, which are […]

From a press release: The Peach Music Festival, founded by The Allman Brothers Band, is returning for its sixth year and has just announced the initial lineup of who will be performing at the summer festival. Performances over the four-day event will include My Morning Jacket, Widespread Panic (two nights), Joe Bonamassa, Gov’t Mule & […]

From a press release: It was announced today that Southern rock quintet Blackberry Smoke will bring their “Like an Arrow” tour to the F.M. Kirby Center in Wilkes-Barre on Friday, June 23 at 8 p.m. Tickets, which are $25 and $35, plus fees, go on sale this Friday, Feb. 17 at 10 a.m. and will […]

As the local jam-grass band continues their 10-year anniversary tour, packing venues and selling out dates all over the country, Cabinet has officially released a live recording of their set at the Peach Music Festival at The Pavilion at Montage Mountain on Aug. 13 as a free or pay-what-you-want download. Released on Friday, Oct. 14, […]

It’s hard to imagine the annual Peach Music Festival without Gregg Allman, as the Scranton-based festival was founded by The Allman Brothers Band five years ago and named after their 1972 album “Eat a Peach,” but fans at The Pavilion at Montage Mountain will have to make due this weekend. According to an official press […]

Singer/songwriter Mike Mizwinski, known to local music fans simply as MiZ, has been a regular performer at The Peach Music Festival in his hometown of Scranton over the years, though he wasn’t planning on taking the stage this time until he looked at the 2016 lineup. Wilkes-Barre reggae artist George Wesley, who passed away on […]

The Allman Brothers Band‘s Peach Music Festival enters its fifth year at The Pavilion at Montage Mountain in Scranton on Aug. 11-14, and while the initial lineup was announced back in February, the full list of bands has just been revealed. Gov’t Mule has joined the top headliners this year, and frontman Warren Haynes will […] 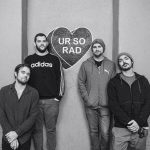 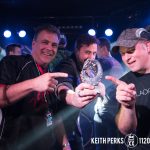