From a press release: Hockey fans who want to hear some live music and music fans who would like to catch a hockey game will be able to enjoy it all in one special weekend at the Mohegan Sun Arena at Casey Plaza in Wilkes-Barre Township. The Wilkes-Barre/Scranton Penguins will host the team’s first-ever Post-Game […]

His 34th Monster Energy NASCAR Cup Series win, Denny Hamlin claimed victory in the Gander RV 400 at Pocono Raceway in Long Pond on Sunday, July 28. Hamlin has had a great deal of success at Pocono Raceway. He notched his fifth career win on the Tricky Triangle and his third win of the season, […]

From a press release: After months of fundraising, the Wilkes-Barre/Scranton Roller Derby is heading to the Emerald Isle to represent Northeastern Pennsylvania in two roller derby bouts against the Dublin Roller Derby. Members of the league’s B-level travel team, the Low Rolling Deuces, have been preparing, fundraising, and practicing in the hope of squaring off […]

From a press release: The Luzerne County Convention Center Authority announced today that they have come to terms on contract extensions with the National Hockey League’s Pittsburgh Penguins and SMG Management, keeping both organizations at Mohegan Sun Arena at Casey Plaza in Wilkes-Barre Township for the foreseeable future. “The Luzerne County Convention Center Authority was […]

From a press release: The Misericordia University Athletics Department in Dallas is introducing esports as a coed varsity activity beginning with the fall semester. Esports involves teams competing head-to-head in multi-player games online through gaming broadcasters. Misericordia will be the fifth team in the Middle Atlantic Conference to add esports and brings MU’s varsity offerings […]

From a press release: As announced in May, World Championship Ice Racing will return to the Mohegan Sun Arena at Casey Plaza in Wilkes-Barre Township for one night only on Friday, Jan. 25 at 7:30 p.m. as part of the 2019 Fire on Ice Evolution Tour. Featuring the biggest names in professional motorcycle ice racing […] 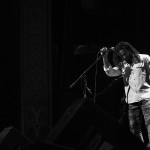 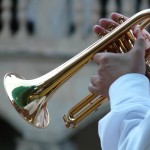