From a press release: D.G. Yuengling & Son in Pottsville has announced the highly-anticipated return of its delicious beer collaboration with Hershey’s, “America’s most beloved chocolate brand.” In response to consumers’ overwhelming demand, Yuengling Hershey’s Chocolate Porter will be available in bottles and on draft throughout Yuengling’s entire 22-state footprint beginning in late September. To […]

The coronavirus pandemic has put most summer plans on pause, but Hersheypark in Hershey, Pennsylvania offered a sweet glimmer of hope today. Representatives of the family theme park said on social media that, “given the information currently available,” they plan to open in July if the state of Pennsylvania permits them to. The message continues: […]

From a press release: Legendary, Grammy Award-winning artists Carlos Santana and Earth, Wind & Fire will embark on a North American tour that is expected to be one of the hottest ticket this summer. A continuation of 2019’s Supernatural Now tour for Santana, the Miraculous Supernatural 2020 Tour will mark the first time that these […]

From a press release: Today, Dead & Company, which features former Grateful Dead members Bob Weir, Mickey Hart, and Bill Kreutzmann with John Mayer, Oteil Burbridge, and Jeff Chimenti, announced that their 2020 Summer Tour will include a performance at Hersheypark Stadium in Hershey on Wednesday, July 29 at 7 p.m. This 17-date summer tour […]

From a press release: This morning, two-time Grammy Award-nominated heavy metal band Disturbed confirmed their extensive 31-date “The Sickness 20th Anniversary Tour” throughout North America, co-produced by Frank Productions and Live Nation. This amphitheater tour, with special guests Staind and Bad Wolves, celebrates the two-decade anniversary of the band’s seminal album, “The Sickness.” On this […]

From a press release: Today, quintessential jam band Phish announced that they will embark on a 27-date summer tour that includes a return to Hershey, Pennsylvania for the first time in a decade. The national run begins on the West Coast at the Matthew Knight Arena in Eugene, Oregon and culminates with the band’s 10th […]

From a press release: It was announced today that multi-platinum Canadian rock band Nickelback will hit the road this summer, bringing some of their biggest hits to venues across North America. This 2020 headlining tour will celebrate the 15th anniversary of their diamond-certified album “All the Right Reasons” by performing the record in its entirety, […]

From a press release: Today, multi-platinum Danish rock band Volbeat confirmed 15 U.S. headlining dates on their Rewind, Replay, Rebound World Tour this April and May, bringing the tour to cities including Las Vegas, Nashville, Atlanta, Baltimore, New York City, and Hershey, Pennsylvania. Special guests Clutch will be direct support on all dates, with the […]

From a press release: Today, the multi-platinum, Grammy Award-winning Zac Brown Band announced their new 2020 summer tour, the “Roar with the Lions Tour,” which brings them back to Hersheypark Stadium in Hershey on Saturday, June 20 at 7 p.m. with special guest Gregory Alan Isakov. Presented by powersports vehicle manufacturer Polaris, the Roar with […] 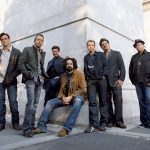 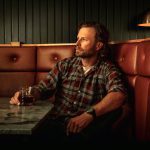