Those who follow my work know how smitten I am with a good horror flick. Lately, my favorite horror films have been indie, dark horse darlings like “It Follows” or “The Babadook,” with mainstream work like “The Conjuring” sprinkled in every now and then. “Lights Out” adds another name to the recent surge of quality […]

“Star Trek Beyond” is a fitting name for the third installment of this new imagining of Gene Roddenberry’s visionary view of the future. Not only does the film go into the exploration of one’s self and promotes this expansion past meaningless violence as a united front, but it went above and beyond my expectations as […]

This film is the definition of a controversial, divisive Internet shitstorm. When the project was first announced, the decision to make reboot the franchise with four leading ladies baffled many, including me. Now, I’m not going to sit here and pretend to be some “Ghostbusters” purist or super-fan; I was born in ‘94. Even though […]

Throughout the years, the “Purge” franchise has changed and evolved. It started out back in 2013 as a simple home invasion movie with a fun, creepy premise. One night a year, the government allows for 12 hours of lawlessness, where any crime is legal. It was a refreshing, interesting twist to modern horror flicks. The […]

It’s not often that a film features two of the most likable, hardworking entertainers in the industry. With Dwayne Johnson and Kevin Hart playing the headliners here, “Central Intelligence” has the charisma and charm of the two combined. Kevin Hart has been everywhere recently. It feels like every couple months a new film featuring him […]

We all know that guy who was in his prime about 10 years ago, was on top of the world and then was just sort of left behind by the normal passage of time, right? Maybe he was the cool guy in high school who played in a band, was a star athlete, or maybe […]

When I sat down in the theater for this movie, I had mixed feelings. While I loved the last two efforts for this new, rebooted “X-Men” universe, this film made headlines for being so poor. Early reviews panned the film, painting it as a dull effort, one that could end up being a dreaded franchise […]

This movie had everything going for it – it really did. It had a lead actress in Natalie Dormer, who I have enjoyed before, particularly in “Game of Thrones” and her OK performance in “The Hunger Games” films. She’s likable in most things, really – just not “The Forest.” Dormer plays Sara Price, an American […]

Have you ever wanted something so bad that you ache for it? Something that consumes your every thought, action, and decision? Some powerful urge you just can’t satisfy no matter how hard you try? No, I’m not talking about how badly Leonardo DiCaprio wants an Oscar. I’m talking about the characters in “The Revenant.” Another […] 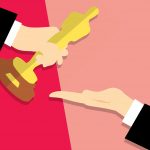