Believe it or not, young gamers, there was a time when fighting games were king, and the idea of first-person shooters or even open world games was but a twinkle in the eye of the gaming industry. Like today, when the gaming market becomes so saturated with one particular genre, many fall flat of the […]

July is here, and on Turn to Channel 3, that means we’re looking at games with explosive action-packed themes, namely two staples of many childhoods – the Teenage Mutant Ninja Turtles and the Mighty Morphin Power Rangers! We’ll be looking at two gaming entries for each franchise, and we begin today with the Turtles in […]

We all know that guy who was in his prime about 10 years ago, was on top of the world and then was just sort of left behind by the normal passage of time, right? Maybe he was the cool guy in high school who played in a band, was a star athlete, or maybe […]

Adulthood, sadly, has a way of often crushing those lasting memories you have of days gone by unless, of course, you find a way to bury them so far back that nothing can touch it; thankfully I’ve been able to do that with a lot of my fondest gaming memories. Today, we’re going to discuss […]

It was quite the daunting task to come up with a game for this, the Thanksgiving edition of Turn to Channel 3, when contemplating just what game I am the most thankful for when choosing the four games to review this month, but the more I discussed it among friends and family, the more I […] 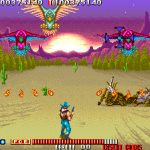 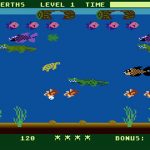 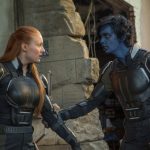