Pennsylvania bars and restaurants have been able to reopen at 50 percent capacity this week, but some small businesses may never fully recover from the effects of COVID-19 and the shutdowns. Scranton video production company TwentyFiveEight Studios has been examining the true impact of the coronavirus pandemic on this industry and how mitigation was handled […]

For those who were part of the Northeastern Pennsylvania music scene about a decade ago, attending or playing shows at small venues like The Vintage Theater, the name Lesser Animals may sound familiar. The Scranton-based indie rock band was formed in 2008 by Clarks Summit native James Sanderson, the vocalist of Awkward Silence, another name […]

From a press release: Sleeplore is the brainchild of Clarks Summit songwriter and producer Clyde Rosencrance. The new solo project calls on elements of discovery and the comfort of isolation. Weaving a thread to combine hypnagogic visions with a contrived production style, Sleeplore offers listeners a sonic template from which they can contemplate their own […]

The coronavirus pandemic has changed the way music has been released this year as well as the way music videos are filmed. This is the case on both counts for Philadelphia via Scranton indie rock band The Tisburys, who are slowly releasing singles from their upcoming album and recording videos in quarantine. Today, they debuted […]

A music venue that opened inside The Marketplace at Steamtown last fall will already have to move as Geisinger takes over former storefronts to build a musculoskeletal wellness center in downtown Scranton. Geisinger’s $20.9 million project was announced in October and will fill the two-floor space left by the Bon-Ton when it closed in 2015, […]

As Memorial Day weekend approaches after months of sheltering in place, people are looking for things to do outdoors while still taking precautions to protect themselves from the coronavirus. First, drive-in theaters started opening up for the season, and public parks soon followed. Yesterday, Lahey Family Fun Park in Clarks Summit announced plans to open […]

In the midst of this pandemic, everyone seems to be going through a transition of some kind, and The Tisburys are no different. The first single from their upcoming album tackles that very topic, as does the entire record, which will now be released in a different way thanks to COVID-19. Like all of us, […] 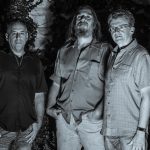