From a press release: New wave icon and synth pioneer Howard Jones is hard at work on a new studio album; “Dialogue” is set for release this summer, the third record in a trilogy of electronic releases, with multimedia project “Engage” coming out in 2015 and studio album “Transform” out in 2019. In support of […]

From a press release: Waves of electronic music and graphic artwork crash together in “Shipwrecked,” a combination LP and visual album set for release this week. The collaboration is a first for both contributors, The Elf (more widely known as The Gary Goblins) and SL Graphics, and one with some heavy meaning behind it. “Forget […]

While the Peach Music Festival is going on as scheduled, it was announced today that The Pavilion at Montage Mountain’s other major music festival, Camp Bisco, will not be held in Scranton this year. On their social media pages, Philadelphia electronica/jam fusion band and festival founders The Disco Biscuits posted a message to fans saying […]

From a press release: Today, it was announced that the Monster Energy Outbreak Tour is celebrating the return of live, in-person music performances with a COVID-safe electronic music tour headlined by dubstep’s newest superstar, Subtronics. Beginning in April, the Philadelphia DJ/producer will hit the road for an ear-shattering run covering 11 markets over 19 dates […]

From a press release: Last year, concert promoters had to get creative and find alternative venues that could safely host events during the pandemic. The Scranton area soon became one of the few destinations for live entertainment in the Northeast as DamnMillennial Promotions and Stage West booked socially distanced outdoor shows at the Circle Drive-In […]

From a press release: Those who are looking to get away from the holiday hustle and bustle this week can listen to Philadelphia DJ and producer Shizz Lo live on Black Friday, Nov. 27 at the recently reopened Stage West in Scranton. Doors at Stage West (301 N. Main Ave., Scranton) open at 6 p.m., […] 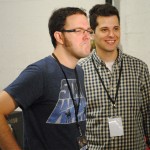