Throop singer/songwriter Jay Luke has been performing live since 2003, but it wasn’t until 2018 that he finally released his first solo album, aptly named “It’s About Time.” Now, nearly a year later, he is wasting no time in releasing a follow-up, “Vandalized Memories,” soon after its completion. As a preview, the 40-year-old artist is […]

From a press release: The second annual Throop Arts + Food Festival is the first of its kind in Throop, gathering over 70 vendors to showcase their art, goods, and food on Saturday, April 22 from 11 a.m.-6 pm. at the Throop Community Civic Center. It is free and open to the public. After a […]

Beer: Electric Velvet Brewery: Søle Artisan Ales Style: Imperial Milk Stout with Coffee Age: 2016 ABV: 10.00% Who doesn’t want to watch a 40-year-old self-proclaimed know-it-all yammering into a microphone about a local coffee stout for almost a quarter of an hour? I know I don’t, but maybe you do! So today, we give you […]

From a press release: The Throop Arts + Food Festival is the first of its kind in Throop, gathering over 60 vendors to showcase their art, goods, and food (including food trucks) on Saturday, April 16 from noon-5 p.m. at the Throop Community Civic Center. By attending, residents of Northeastern Pennsylvania can experience Throop at […]

Walter Prezelski, better known throughout the Northeastern Pennsylvania music scene simply as Walter Prez, was the definition of a true original. If that wasn’t apparent in his towering stature, long hair, black shirt with checkered pants, and iconic top hat complete with a bright red flower on the side, it was clear in his distinctive […] 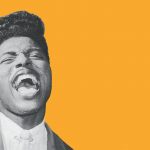