From a press release: The Lackawanna County Library System has announced that bestselling author and humorist David Sedaris is 2020’s American Masters Lecture speaker in its Matthew F. Flynn Library Lecture Series. Sedaris is the author of 11 collections of essays, many of which appeared first in The New Yorker. The titles of his books […]

From a press release: Hospice of the Sacred Heart will present an evening with bestselling author and sports journalist Mitch Albom at The Theater at North in Scranton. The speaking event and book signing will be held on Thursday, Nov. 12 at 7 p.m. Albom’s books have sold over 39 million copies and have been […]

From a press release: Marywood University’s Department of Communication, Language, and Literature will host the next entry in its “An Evening with Authors” series with Amye Archer, co-editor of the book “If I Don’t Make It, I Love You: Survivors in the Aftermath of School Shootings.” The free event will take place on Monday, Dec. […]

From a press release: Tiffany Jenkins is a wife, mother, author, content creator, and recovering addict. Best known for her blog, Juggling the Jenkins, and hilarious viral Facebook videos, Jenkins speaks shamelessly, openly, and honestly about her past and addiction, as well as her struggles with depression and anxiety. She will appear live at the […]

In a press conference held at The Ritz Theater in downtown Scranton two weeks ago, the Northeast Pennsylvania Film Festival announced its 2019 film selections and planned programming in venues throughout downtown Scranton and Waverly on Friday, March 22 through Sunday, March 24. One of the events that stuck out immediately was the appearance of […] 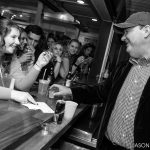 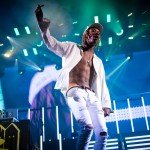